Training of conservators from Syria in the conservation of mosaics, according to the Agreement on Cooperation with the General Directorate of Antiquities and Museums of Syria 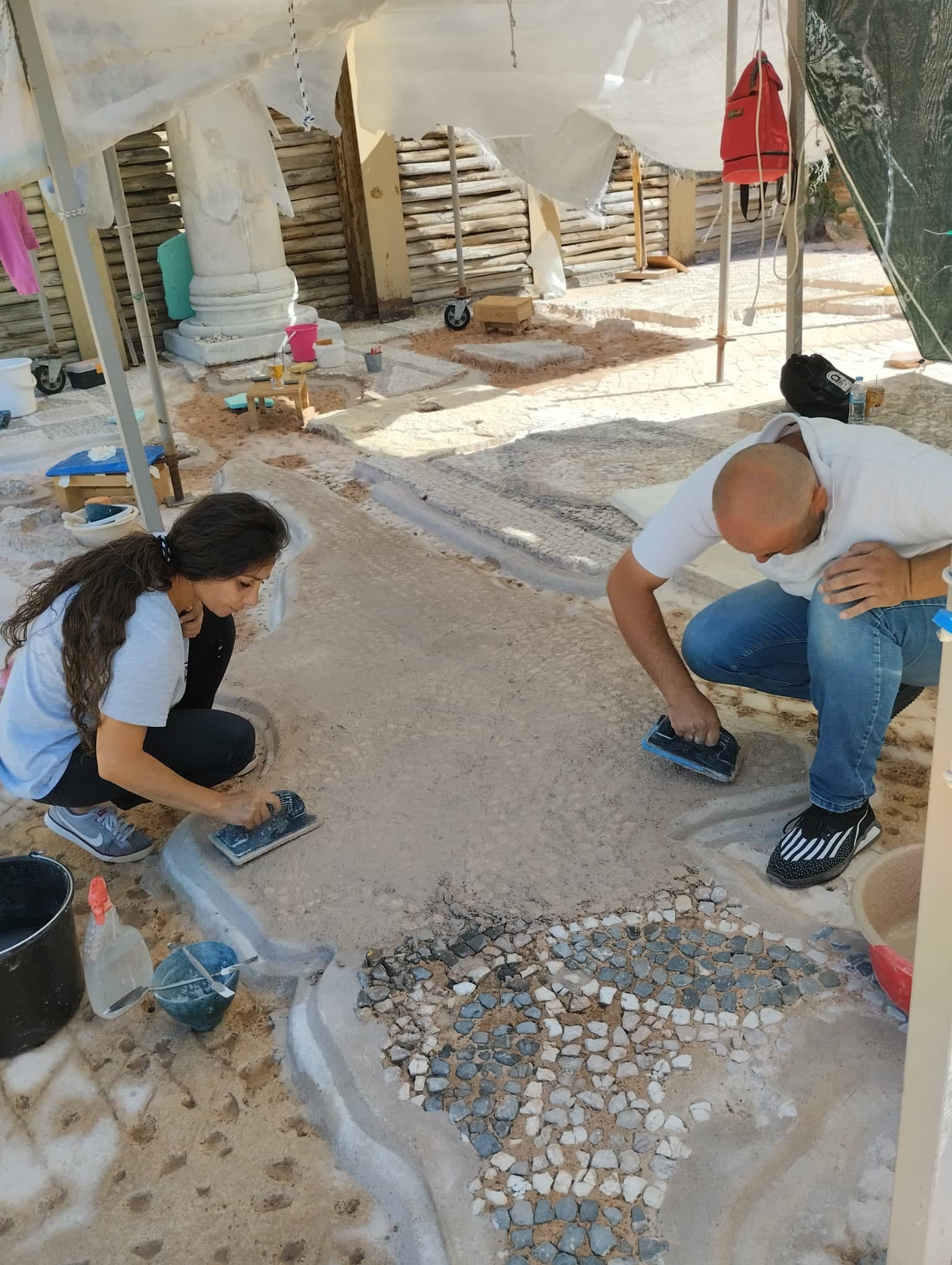 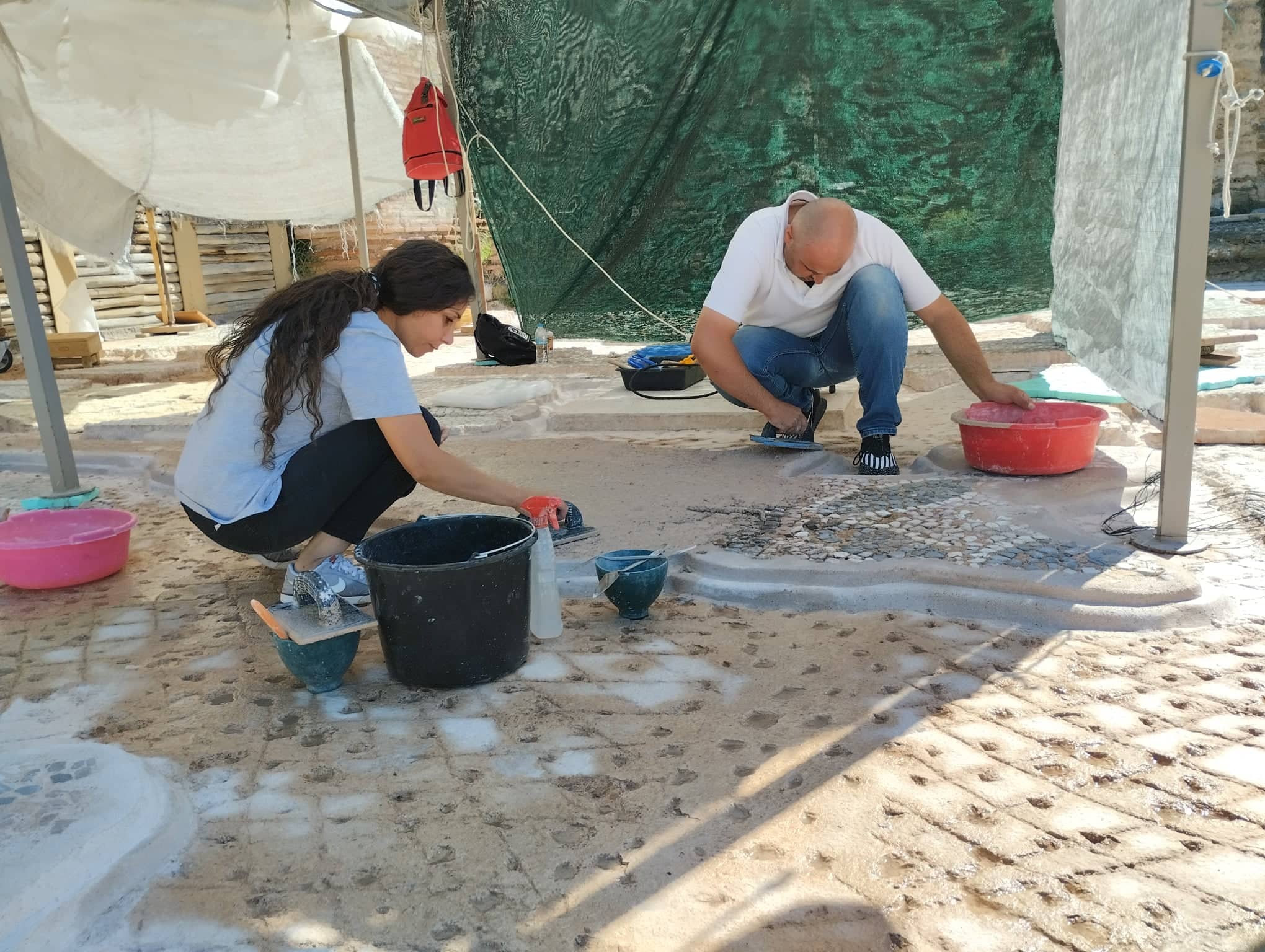 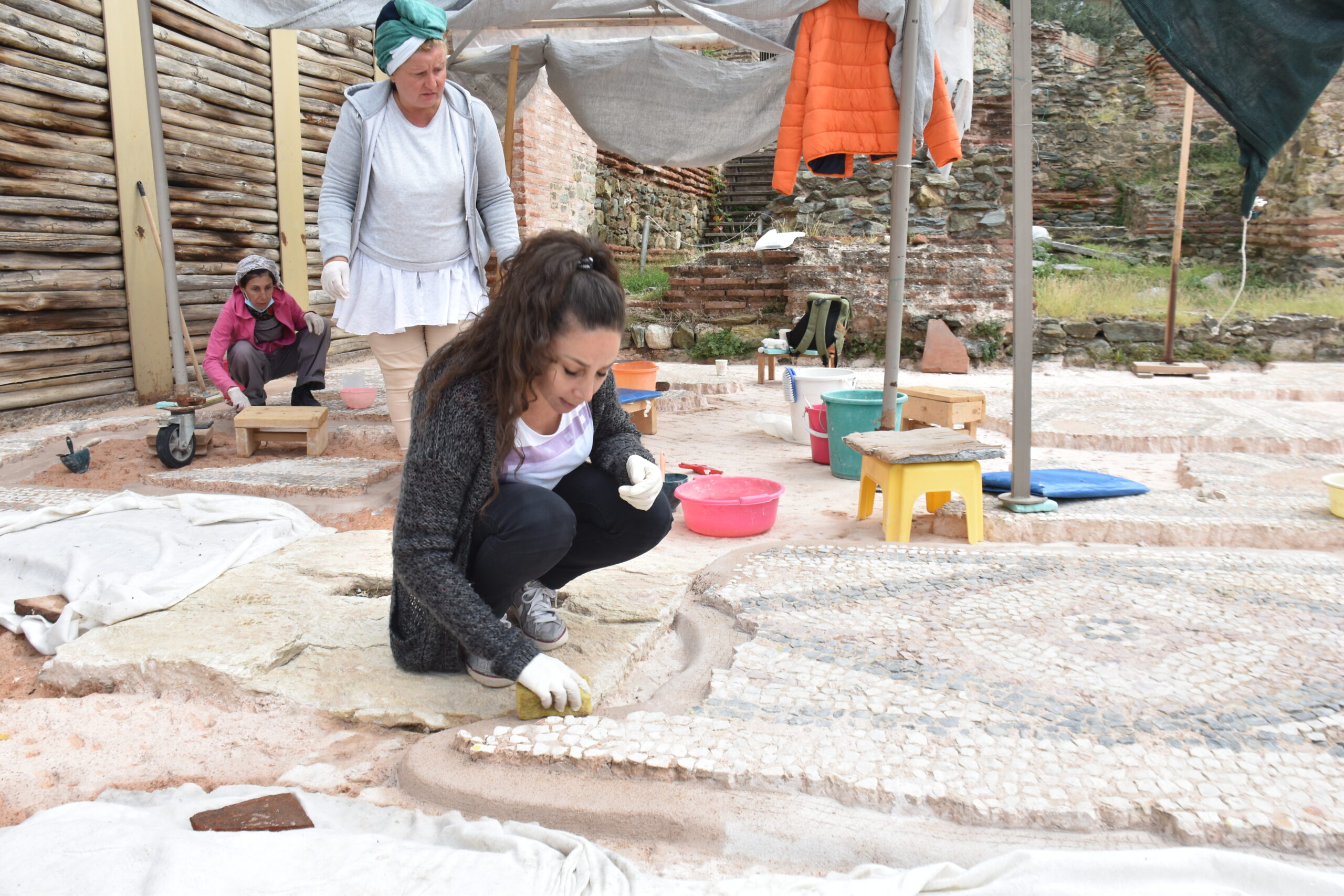 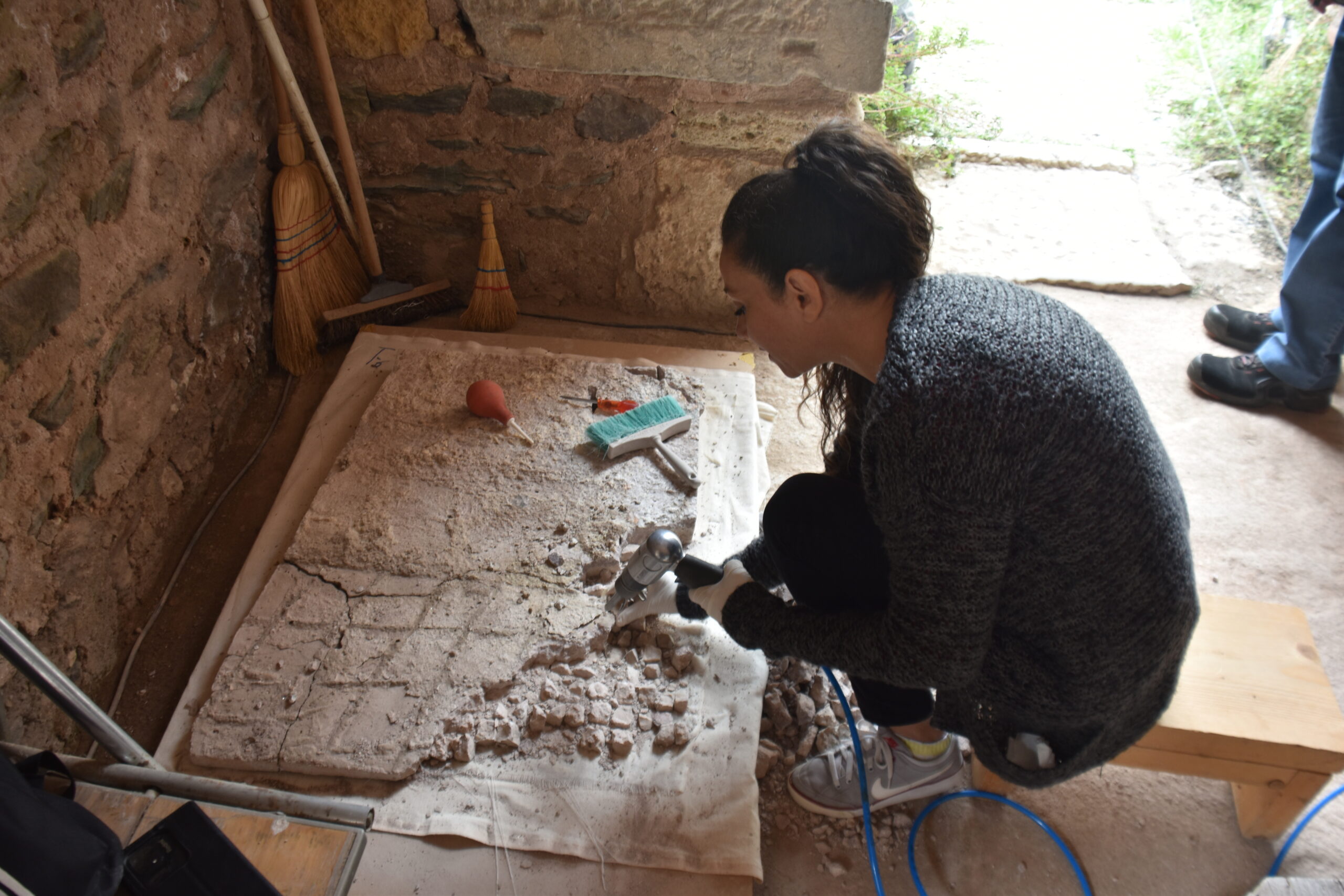 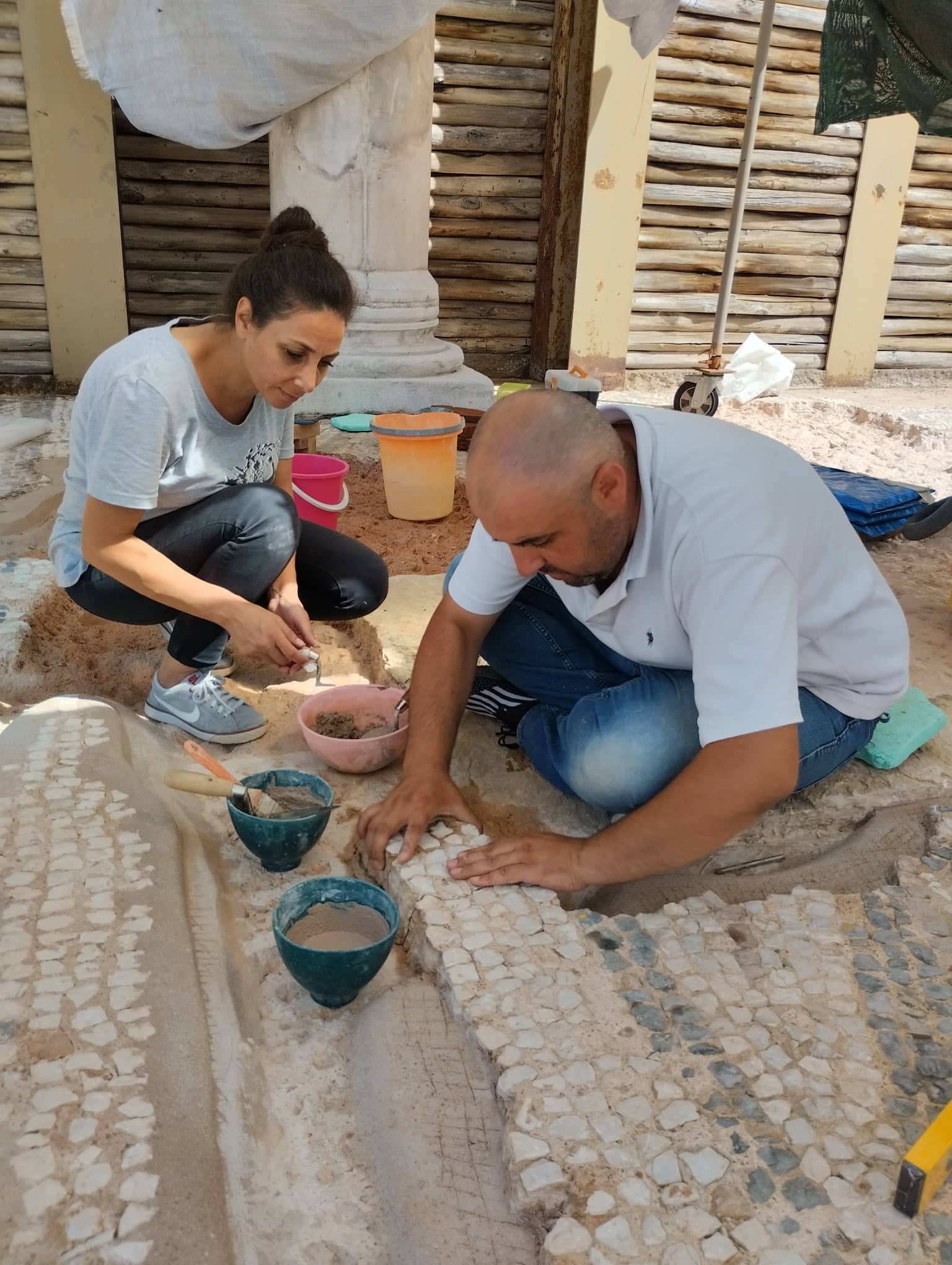 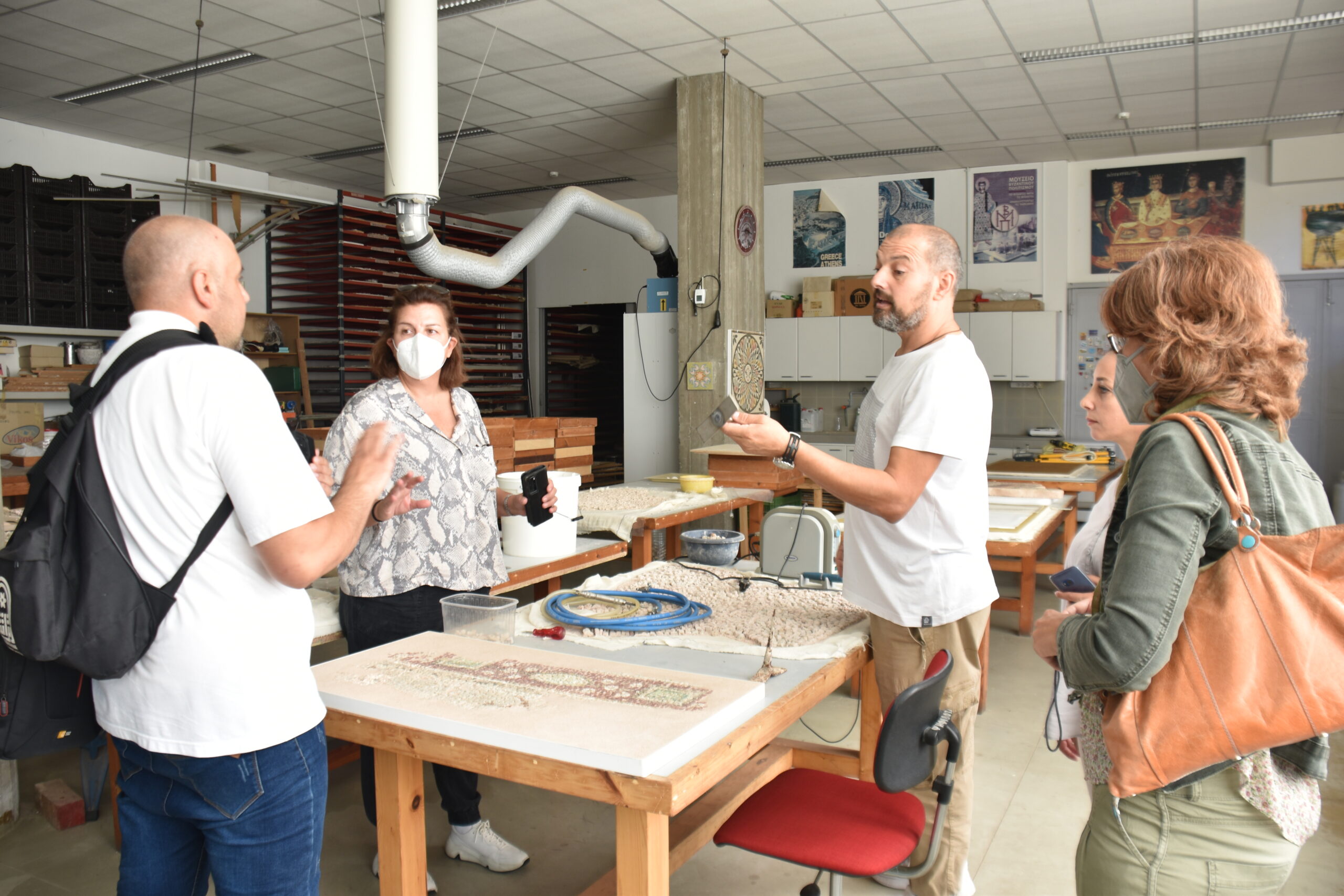 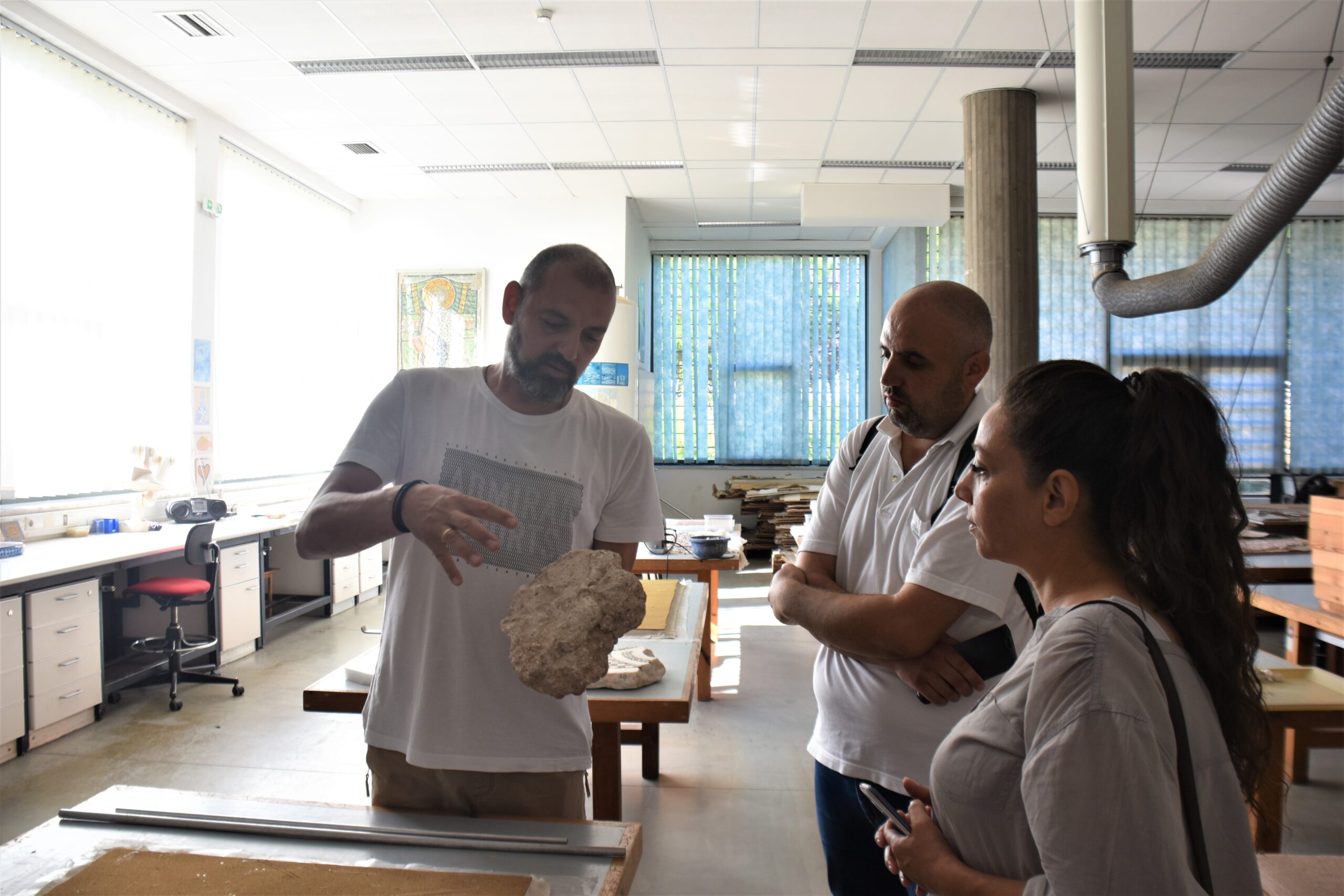 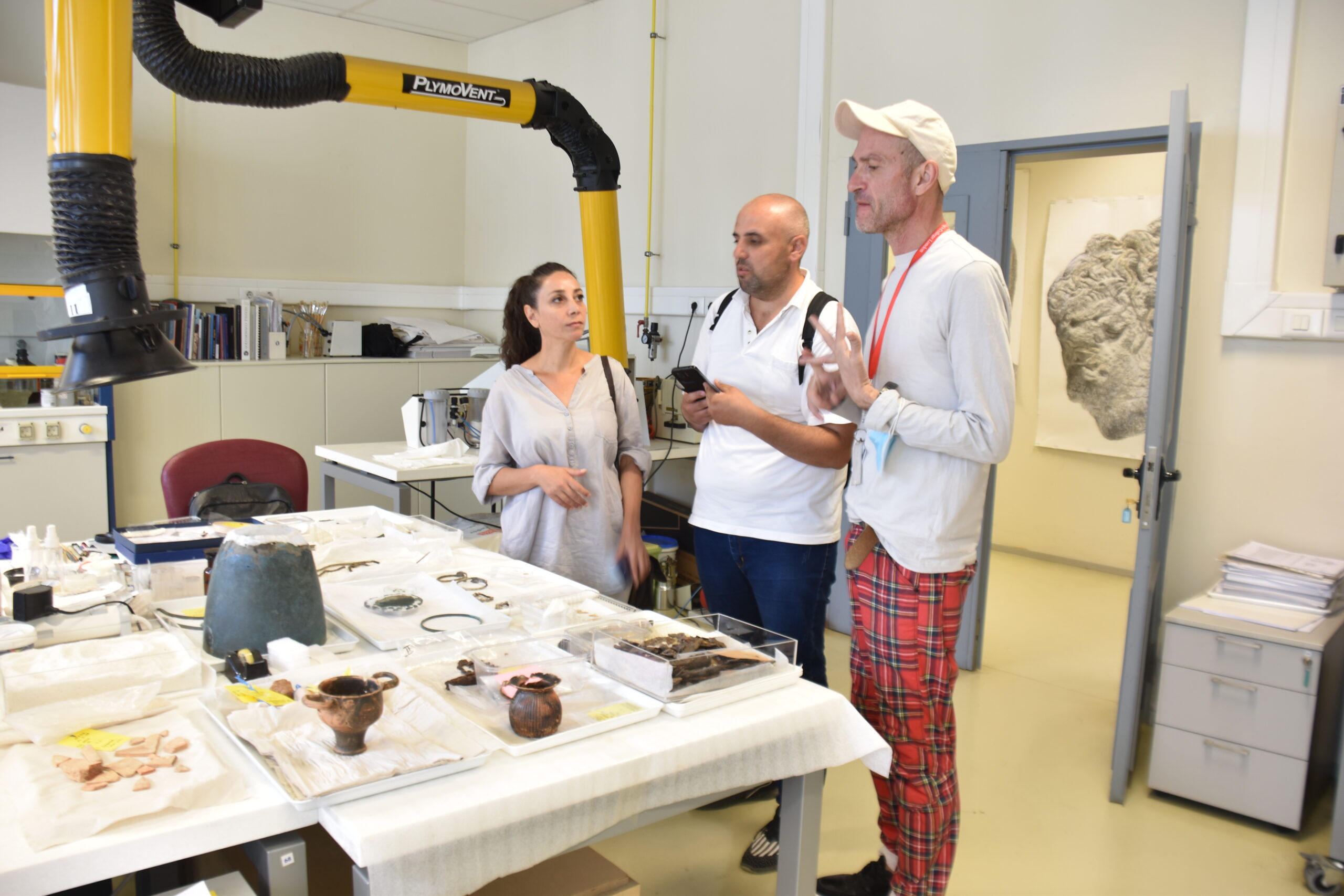 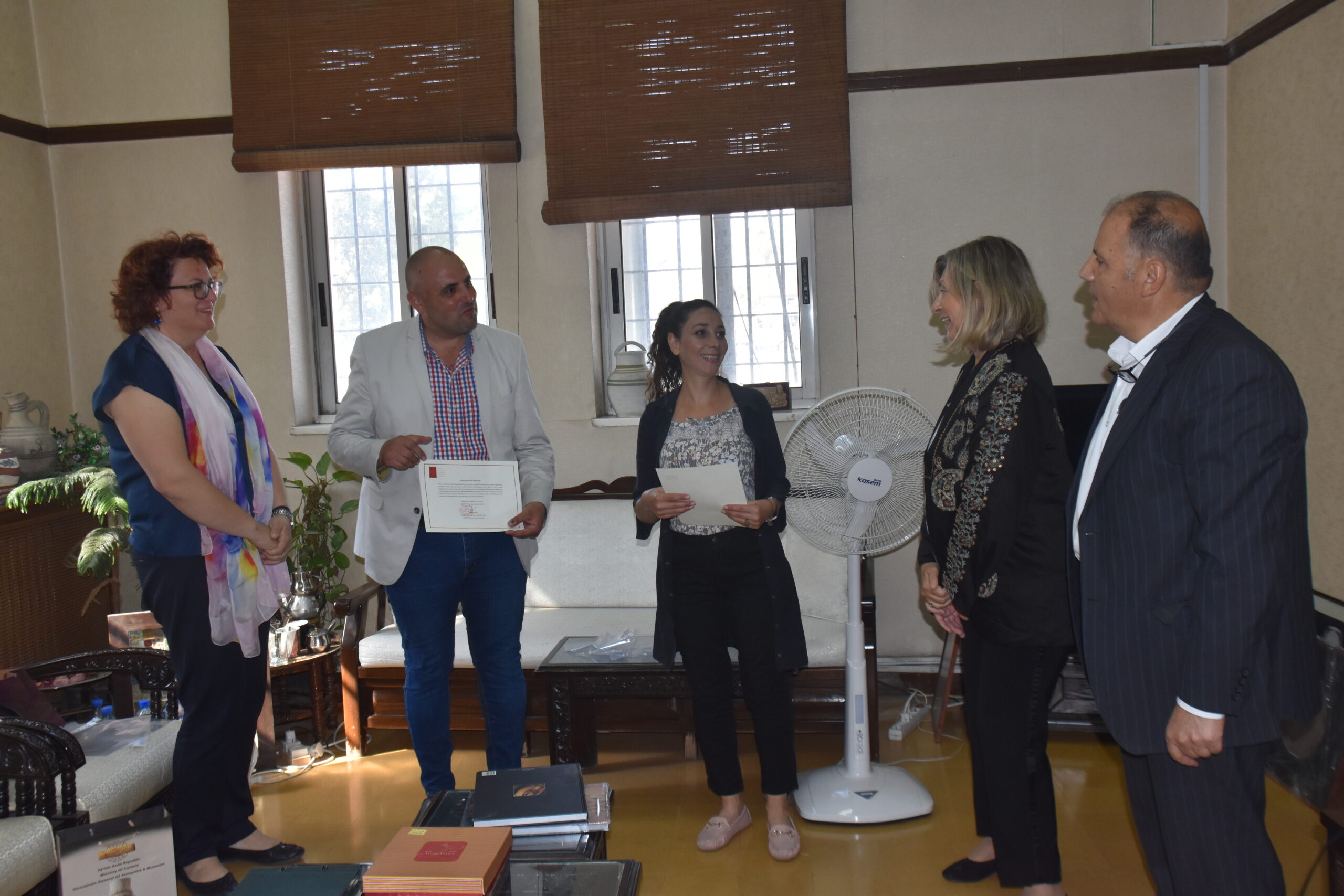 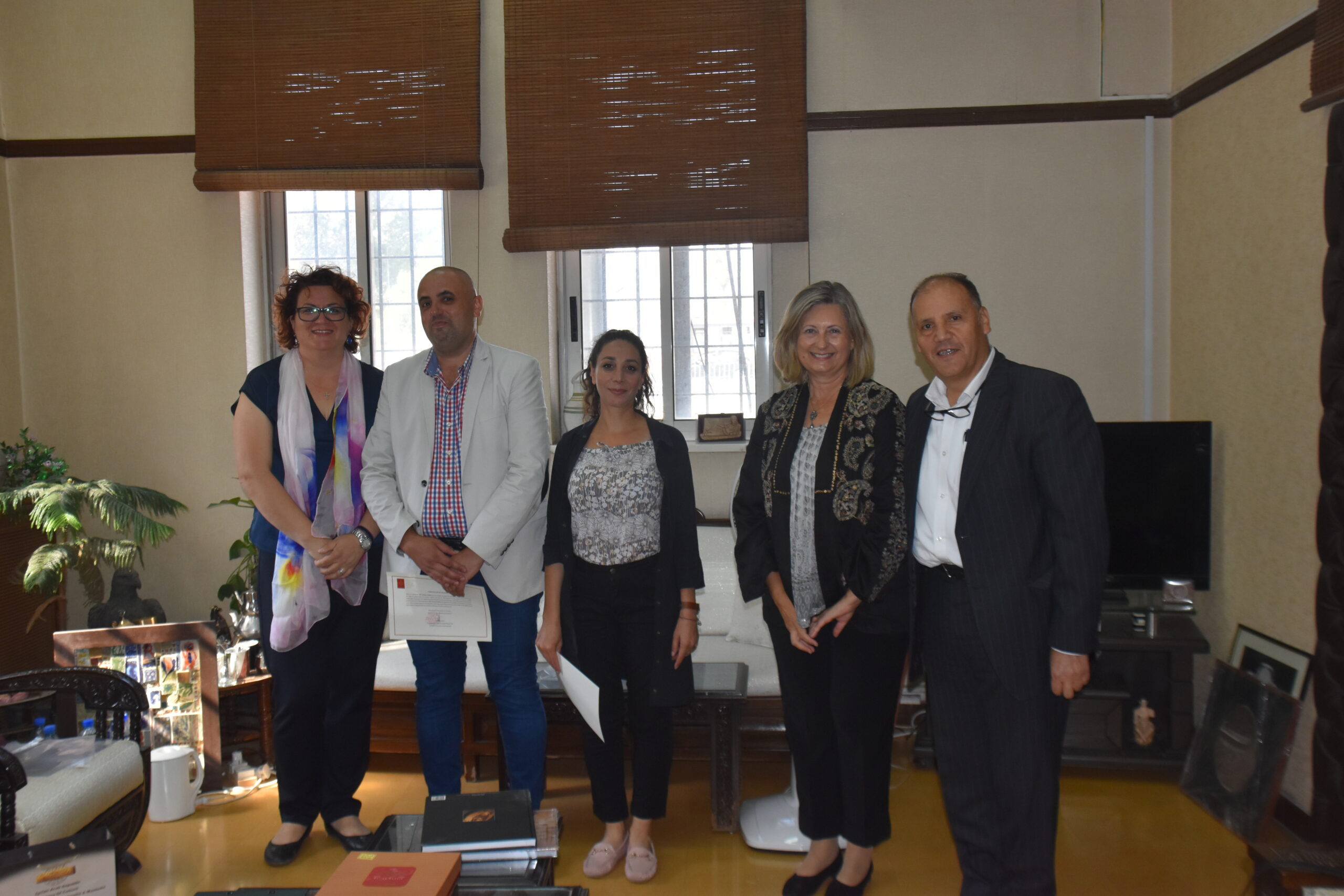 The European  Centre for Byzantine and Post-Byzantine Monuments (EKBMM), as part of its statutory objectives, has been providing, since its inception, expertise to third countries. From 2004 to 2010 EKBMM implemented a training program in mosaic conservation intended for Syrian conservators. In order to continue this program after the civil war, EKBMM arranged the training of Syrian conservators on Greek territory, in cooperation with the General Directorate of Antiquities and Museums of Syria.

In the framework of this cooperation, from 5 to 30 September 2022, two Syrian conservators, Ms. Iman Albaaini and Mr. Yamen Saleh, were trained in mosaic conservation at the archaeological site of the Ancient Agora in Thessaloniki, under the guidance of the experienced staff of the Ephorate of Antiquities of Thessaloniki City. Educational visits to the conservation workshops of the Archaeological Museum of Thessaloniki and the Museum of Byzantine Culture were also organized – during which the two trainees had the opportunity to learn about conservation materials and techniques – along with visits to the most important monuments of the city.

Following the conclusion of the Program, the two trainees were awarded a Certificate of Training by the President of the Administrative Board of EKBMM, Professor of Byzantine Archaeology, Natalia Poulou, at a special ceremony held in Damascus, on the sidelines of the opening of the digital exhibition “… Yet, Syria Laboratory of the Muses”.