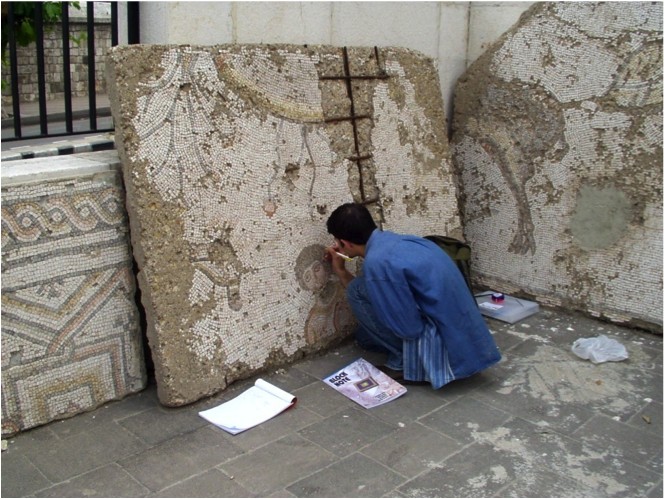 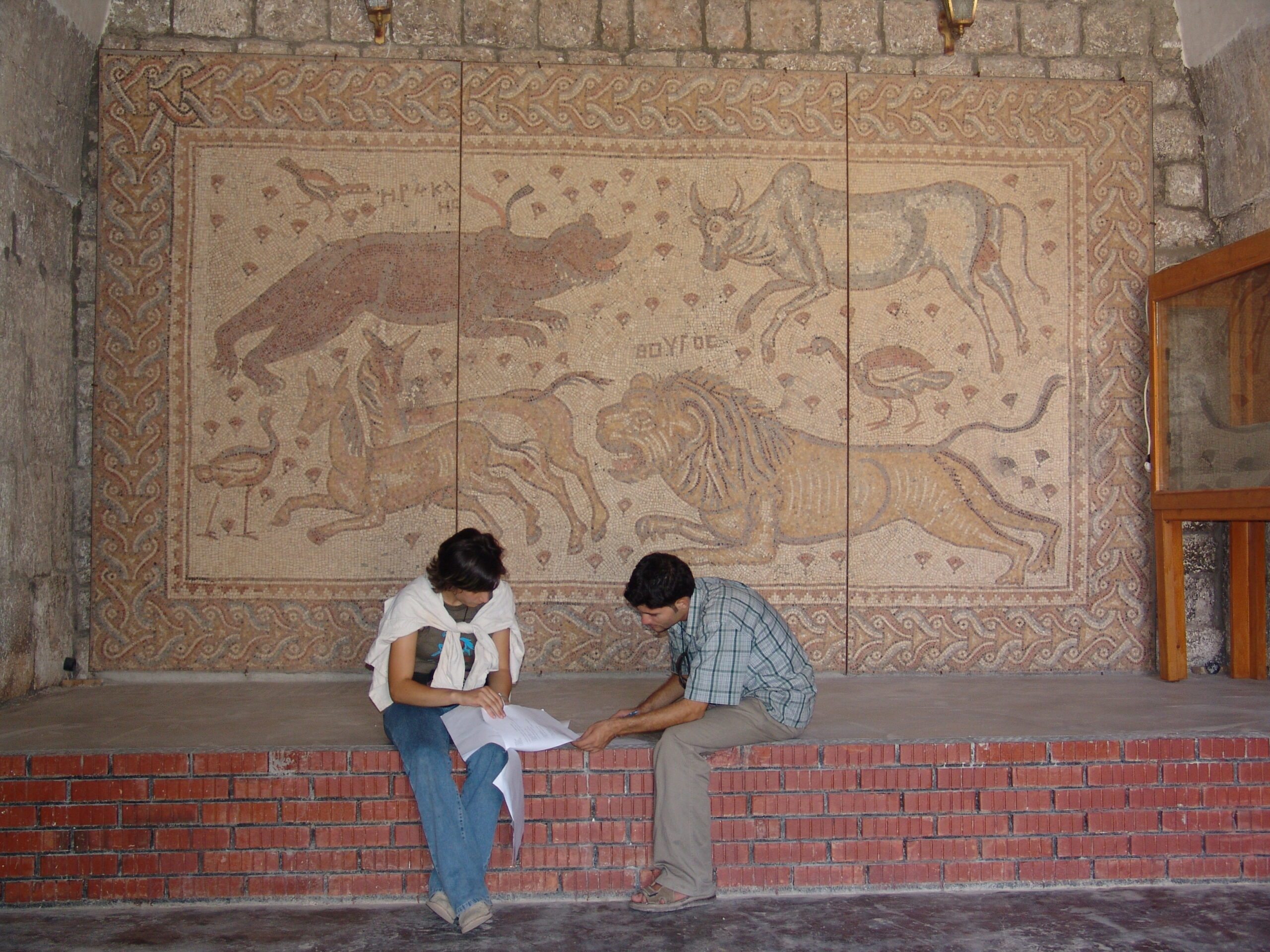 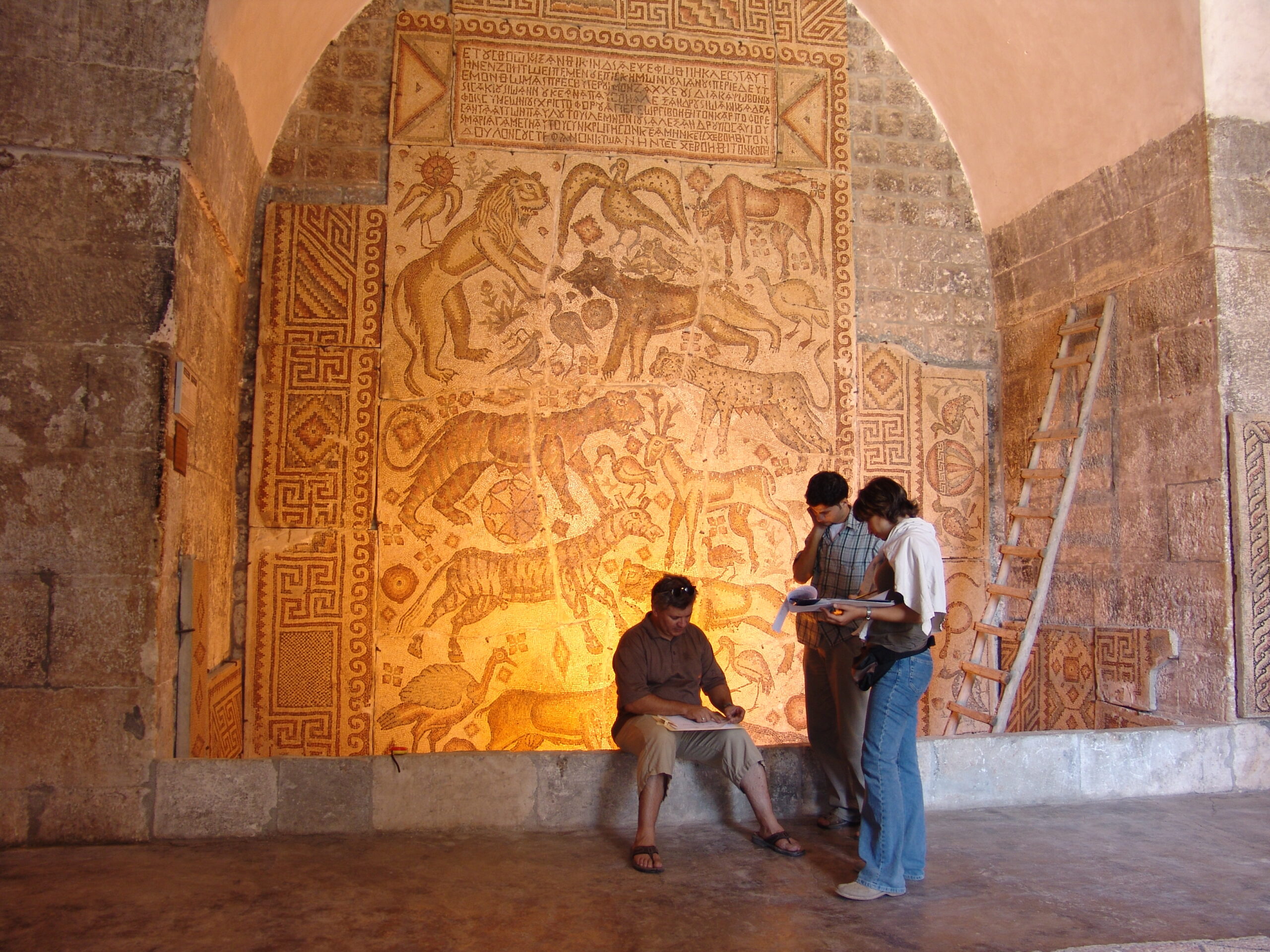 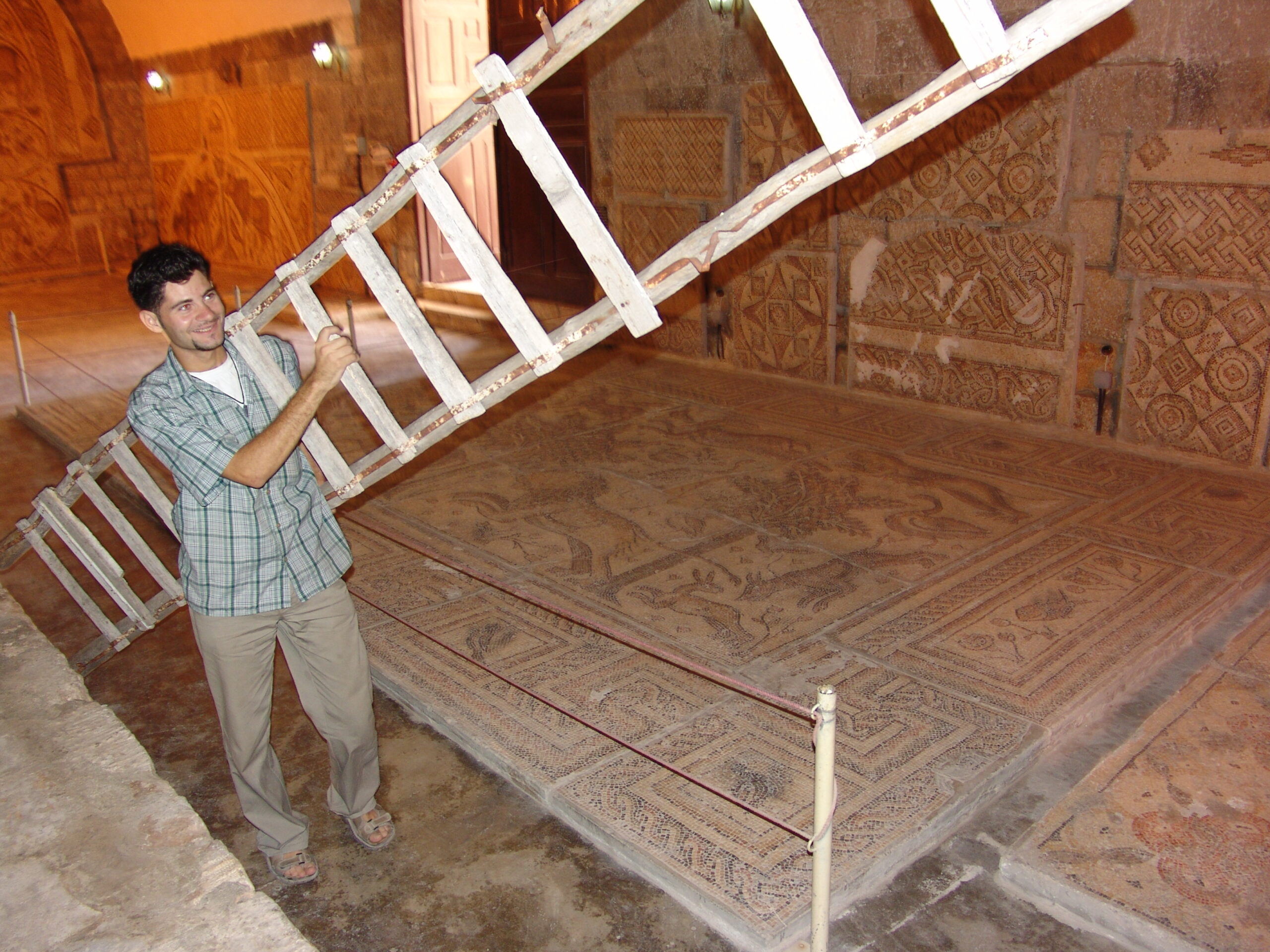 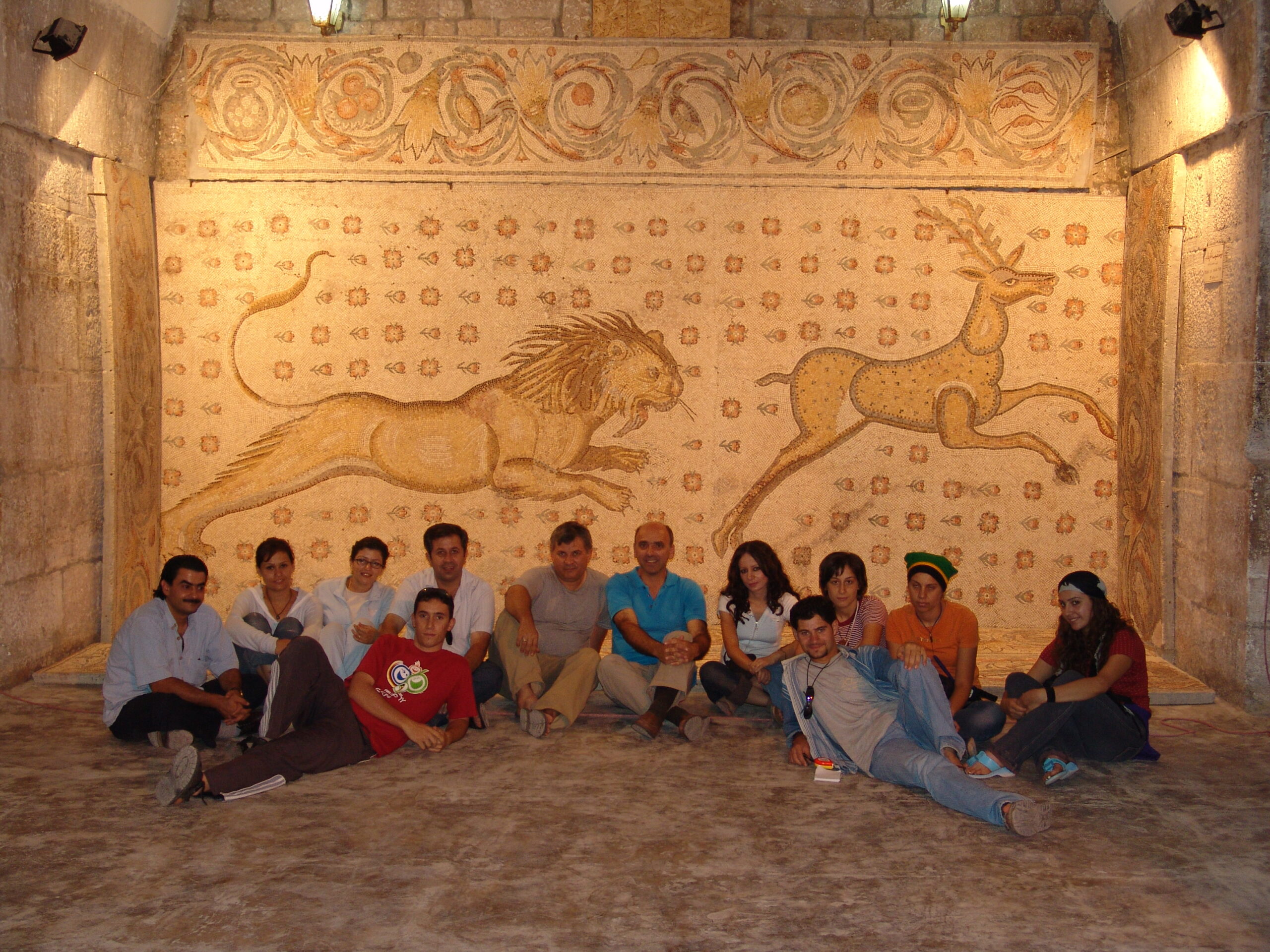 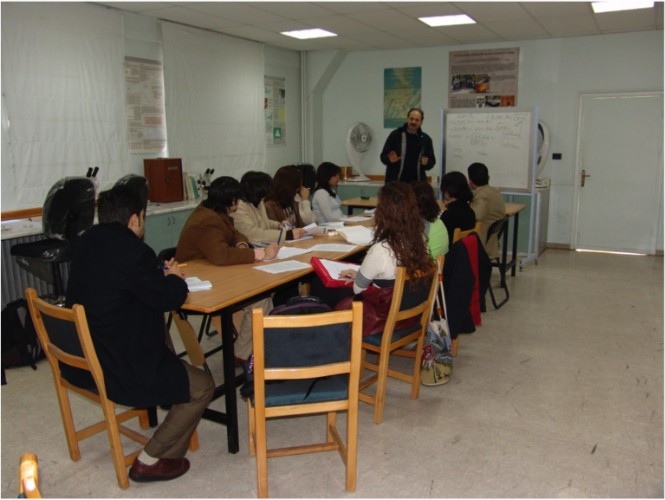 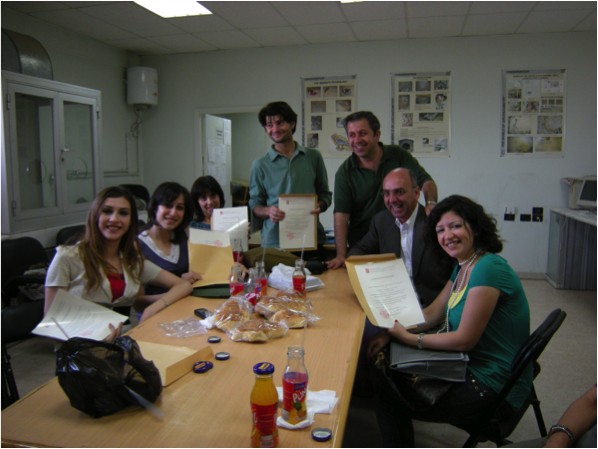 The EKBMM in collaboration with the Directorate-General of Antiquities of Syria (DGAM) and the University of Damascus proceeded to the recording and documentation of mosaic floors from various museums in Syria. During the project, was set up with EKBMM’s equipment called “Archaeological Research Center” of the Department of Archeology at the University of Damascus. Eight Syrian postgraduate students of Archeology participated in the program. The aim of the project was to train Syrian students in the registration of mosaics and maintenance. The program included an internship, as well as a series of lectures on topics: The mosaics in the Near East, The maintenance of mosaics, The Greek language and the creation and organization of databases.

As part of this project, mosaics were recorded using traditional methods and digital media. A fully updated database was created for 365 mosaic floors from the Museums: Apamea (35), Damascus (35), Hama (20), Maarat al-Numan (81 ), Shahba (18), Sueda (11), Aruand (1), Daraa (78), Halepiou (61), Tartus (9), Latakia (5), Palmyra (8), Vosra (2) and Rakka (1 ). The wall mosaics of the Umayyad Mosque, the Baybars Mausoleum and the Al Nouri Mosque in Homs were also recorded. At the end of the program, the students received certificates of participation from EKBMM and the equipment of the Center was donated to the University of Damascus.