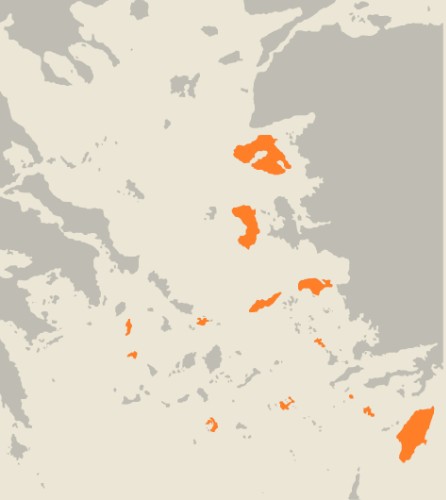 The European Centre of Byzantine and Post-Byzantine Monuments in the framework of the European Program “Information Society” has developed the project entitled “RODAMNE: Visit in the Pilgrimages of the Aegean”. The project was designed to document scientifically and promote byzantine pilgrimages on the islands of Northern Aegean, Cyclades and Dodecanese.

The program aims at the creation of a network of pilgrimages in the Aegean, which maintain inalterable the authenticity and the religious tradition, constituting pole of attraction of visitors and proposing alternative forms of qualitative tourism

The project involved the recording and scientific documentation of the monuments and the data insertion in the EKBMM network database in three languages (Greek, English, French). In the framework of the project, a network application and a DVD-ROM regarding the documented pilgrimages were also implemented.