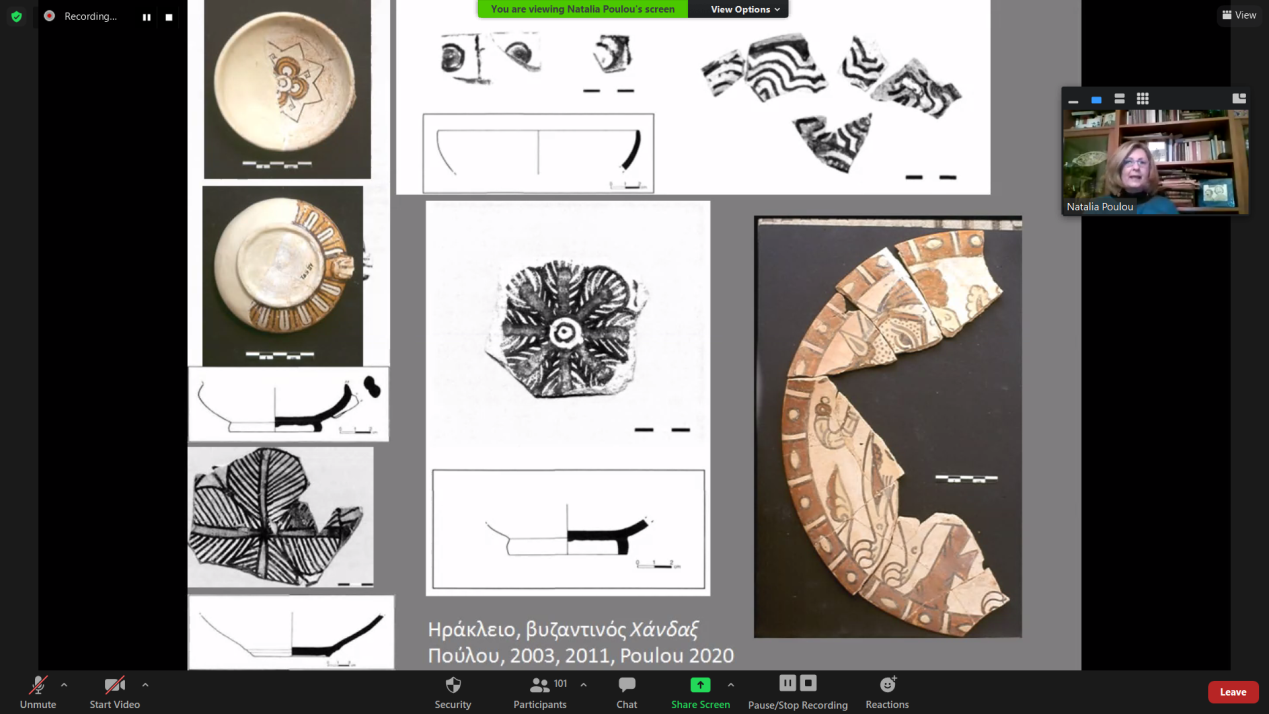 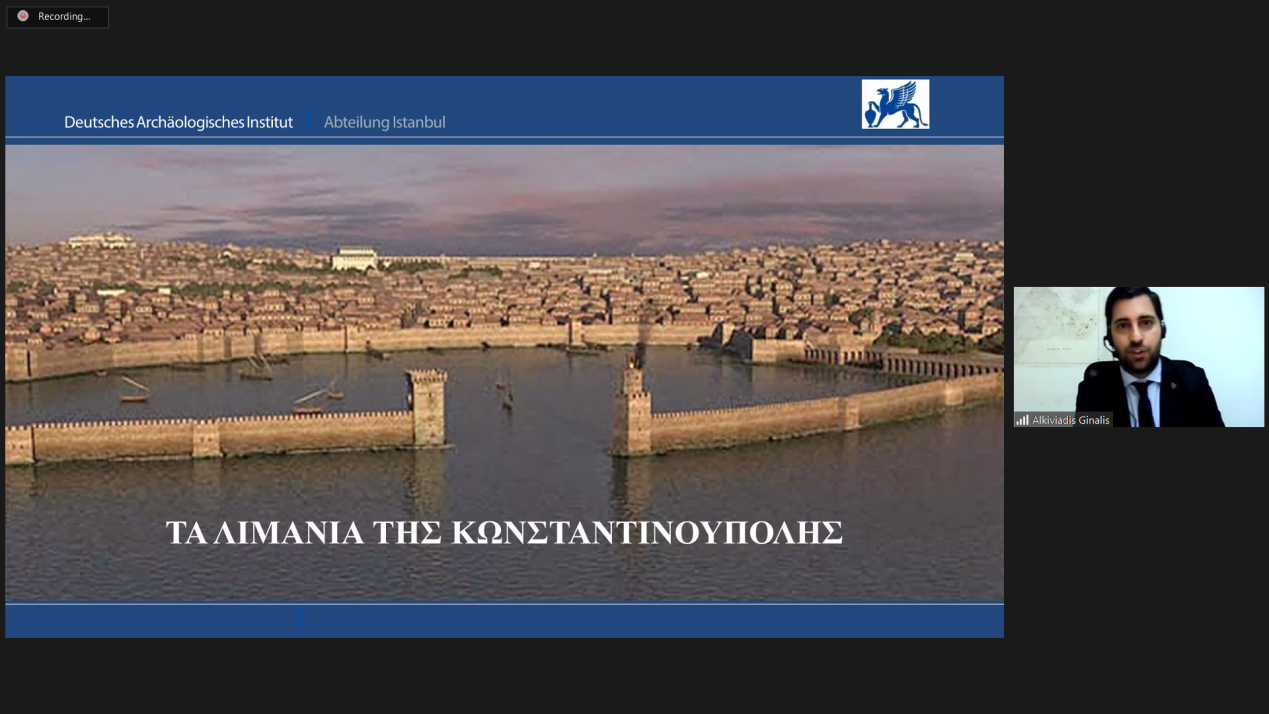 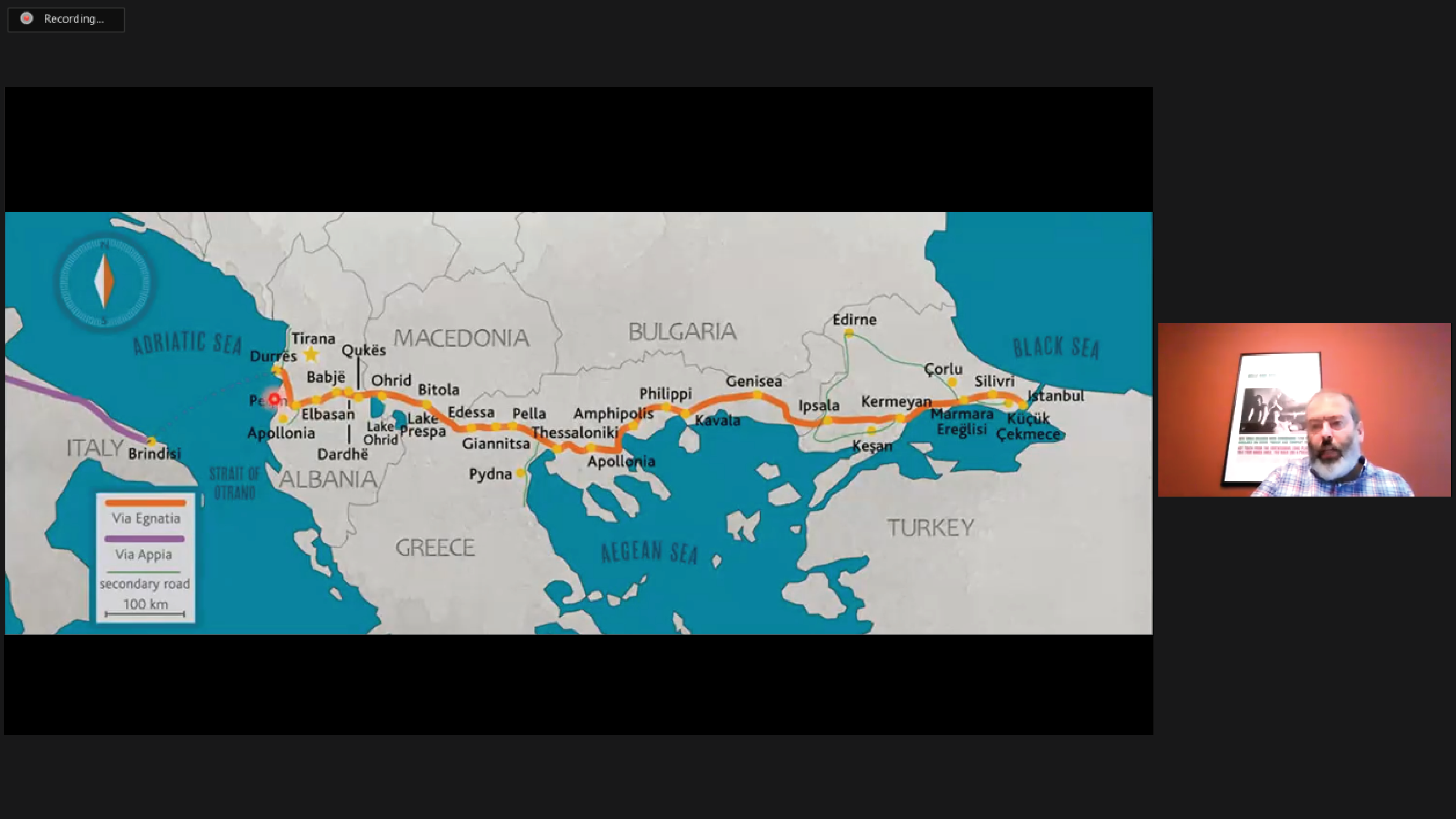 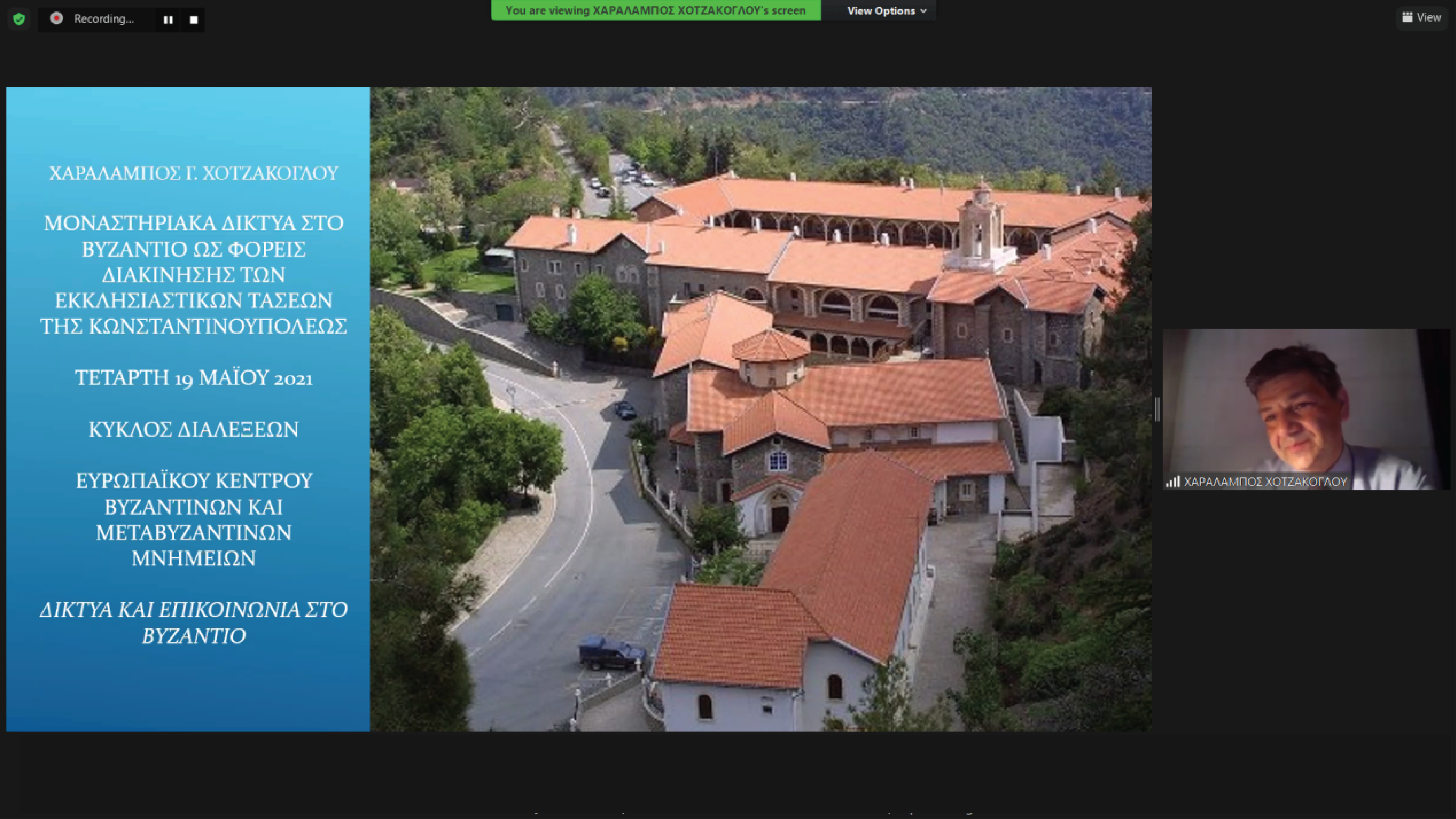 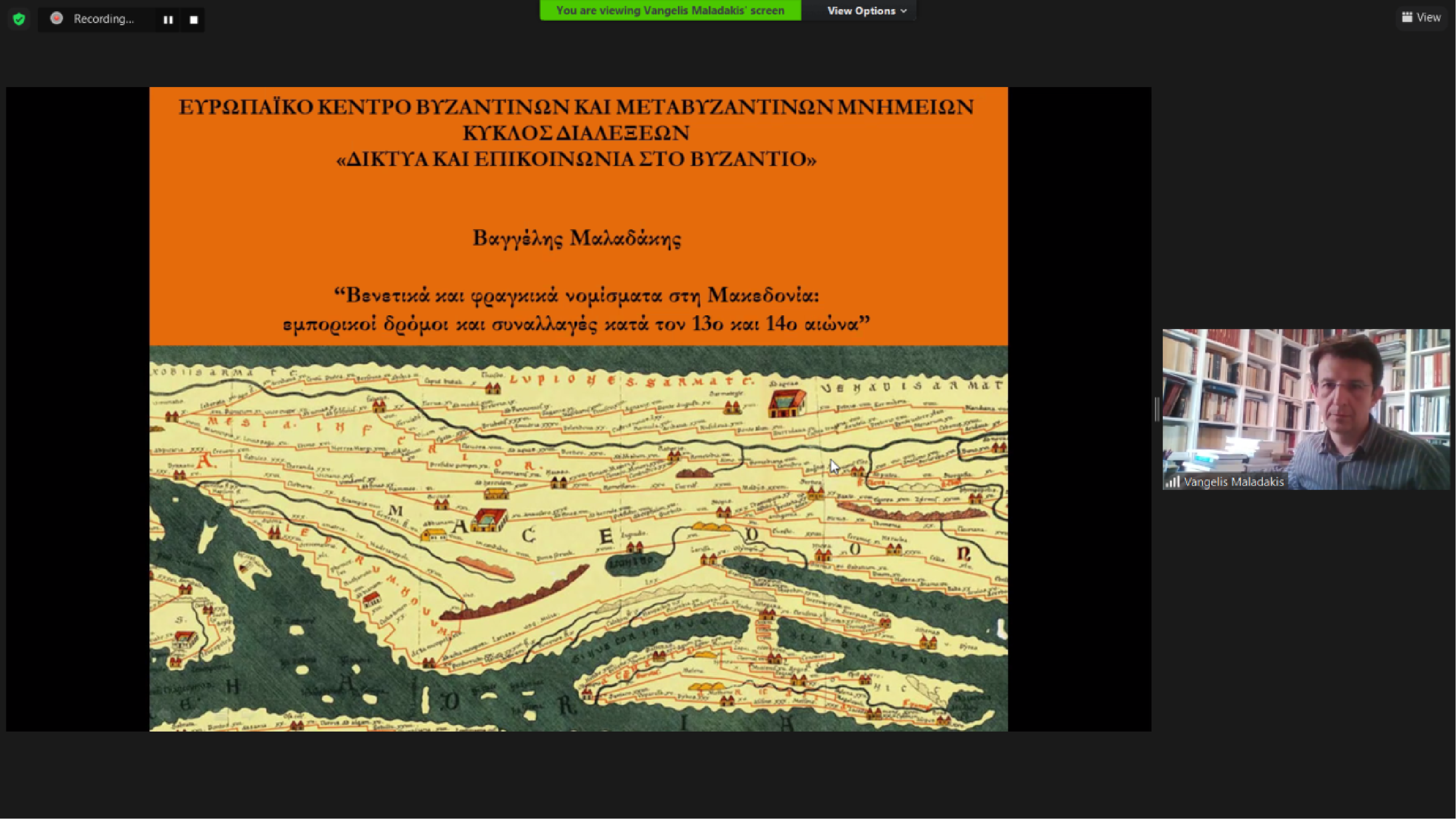 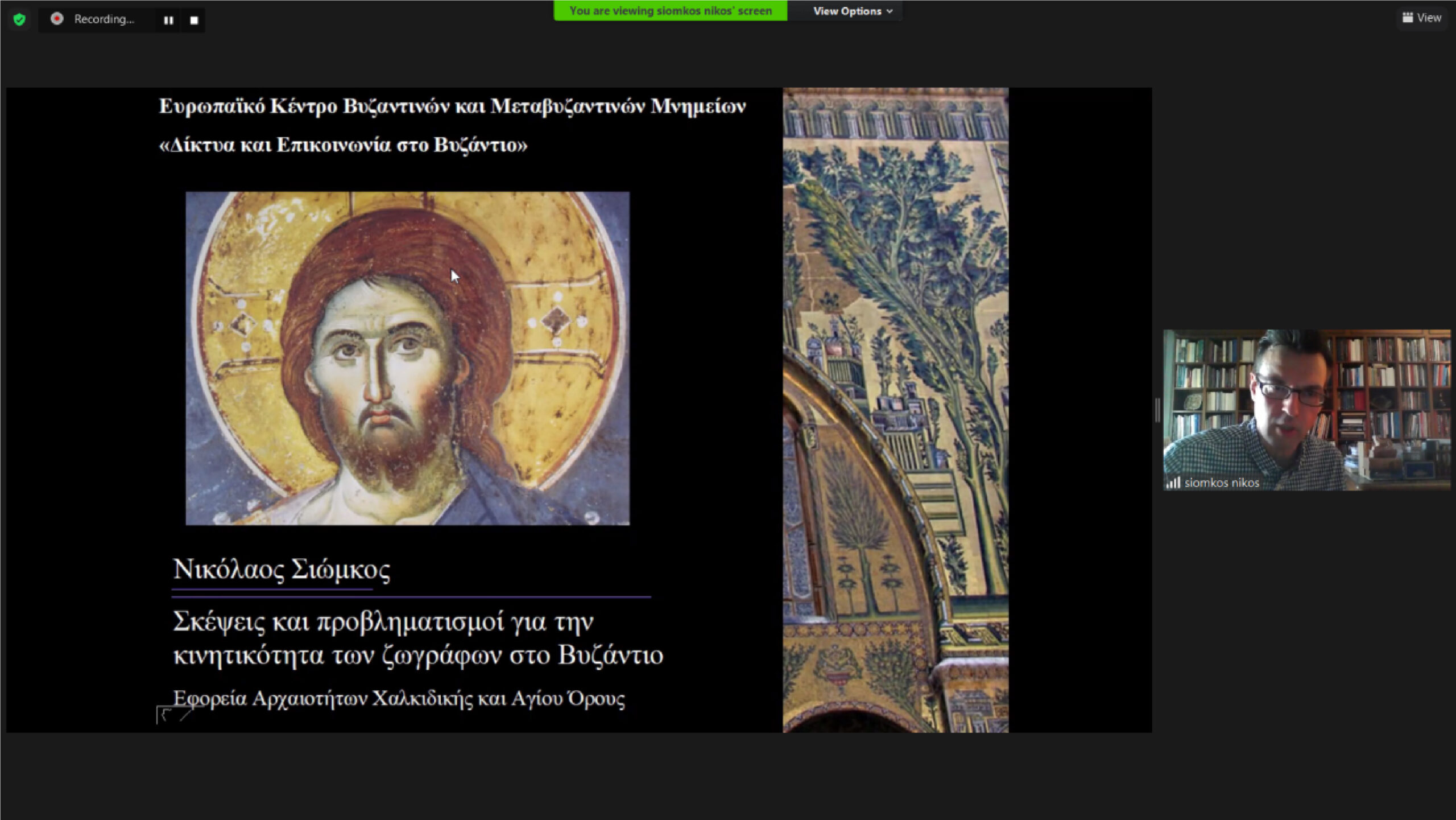 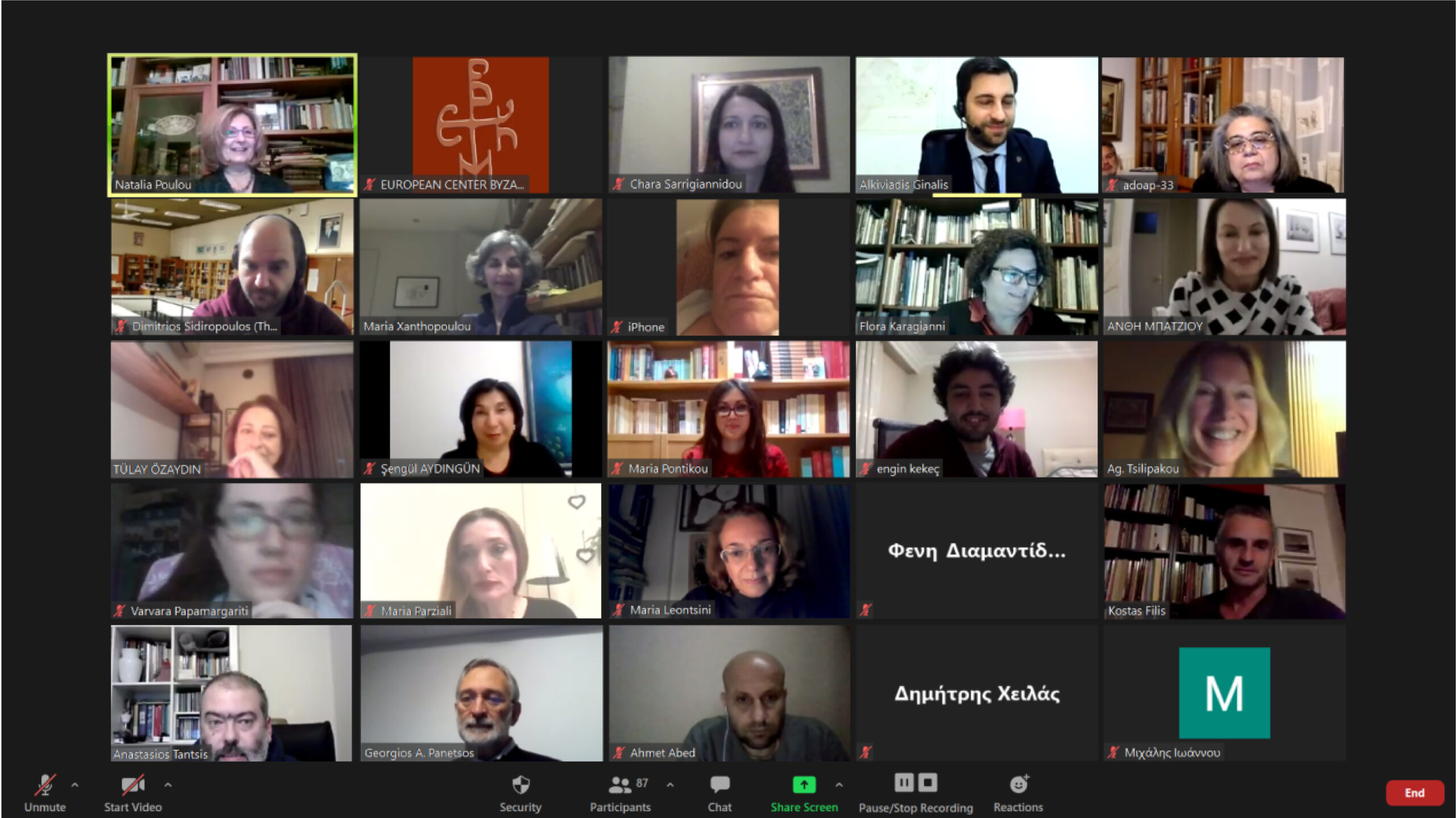 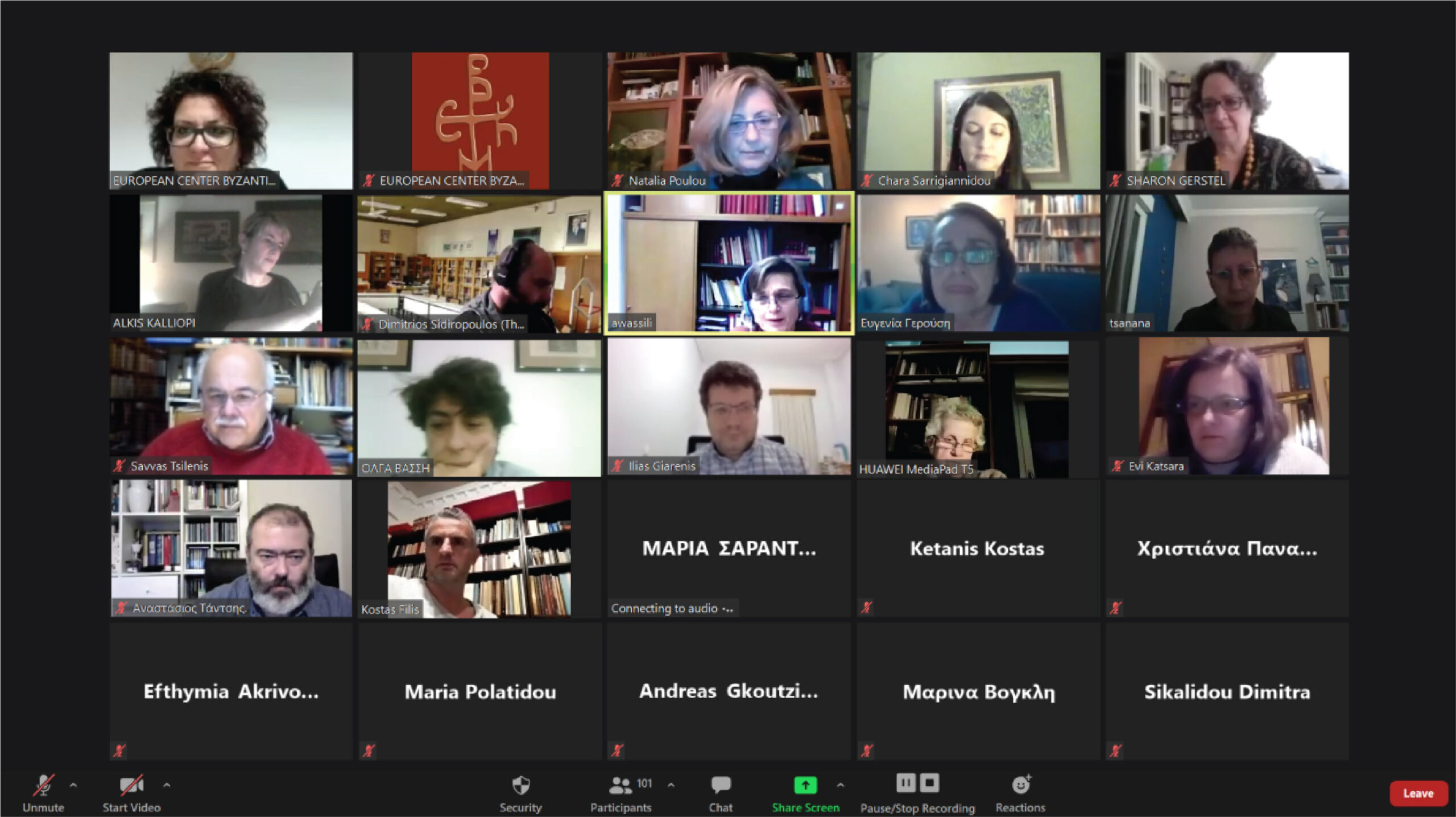 The European Centre for Byzantine and Post-Byzantine Monuments (EKBMM), in the framework of its activities aimed at the study, preservation and promotion of monuments of Byzantine heritage, which are evidence of its cultural radiation, organized a series of online lectures by the title: “Networks and communication in Byzantium”. In these lectures were presented topics concerning multiple aspects of the networks of knowledge and culture, which developed in the Byzantine Empire and spread beyond it, reflecting various processes of the composition of its material and spiritual life. The hubs and peripherals of these networks can map the relationships of large, medium and small centers and the periphery as well as the ways in which these relationships affect the functioning of public administration and church organization, the movement of people and goods, the transmission of ideas, the dissemination of knowledge and know-how and the spread of artistic currents. The lectures were attended by Byzantine scholars from Greece, Cyprus and Turkey, who presented the findings of their research.