OLKAS II. Sailing from and to Byzantium. Medieval Ports from Euxeinos Pontos to Eastern Mediterranean 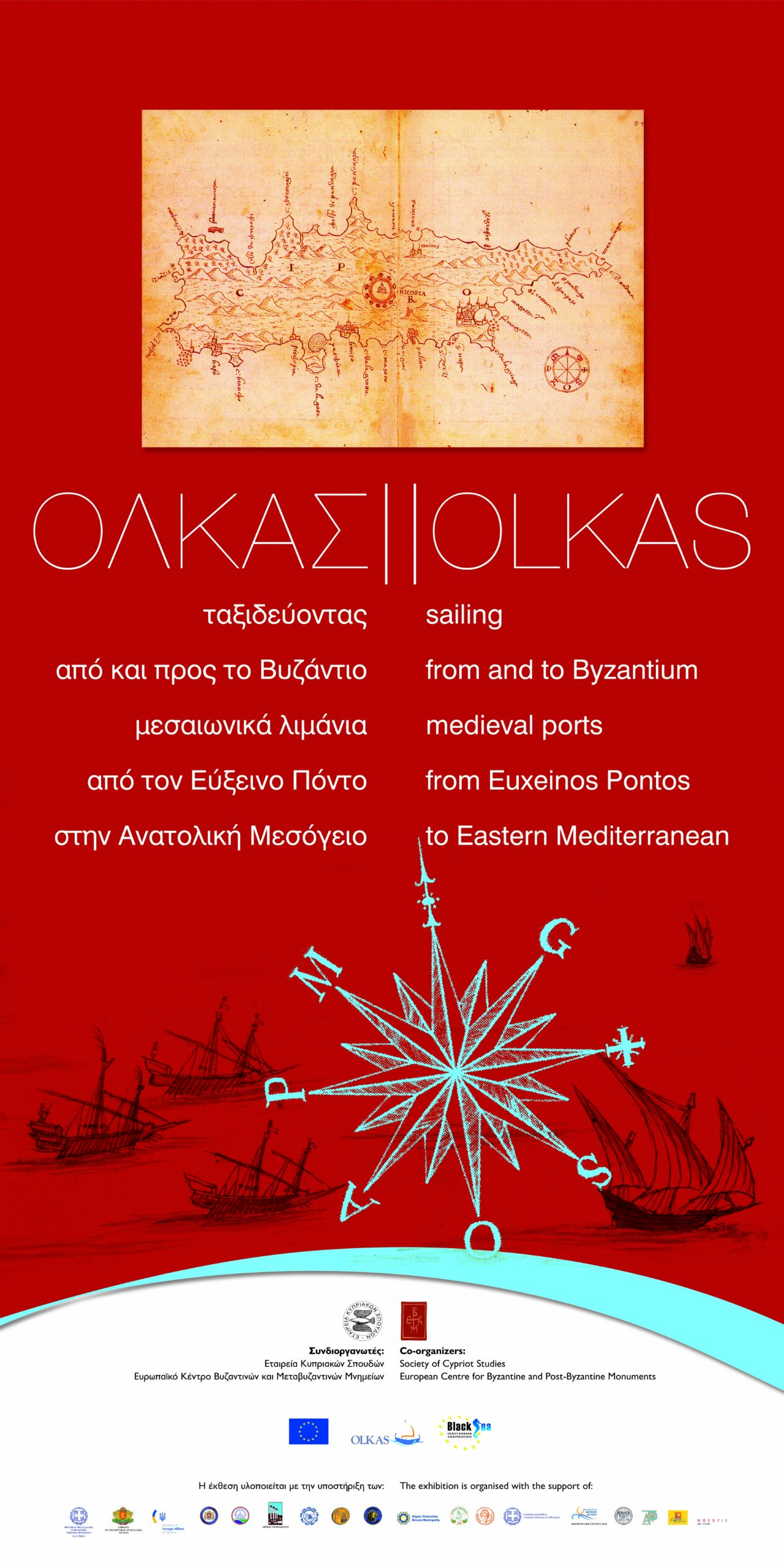 The European Centre for Byzantine and Post-Byzantine Monuments (EKBMM), in collaboration with the Society for Cypriot Studies (ECS), and the Cyprus Committee for Byzantine Studies organized the photo exhibition: “OLKAS II. Traveling to and from Byzantium. Medieval ports from the Black Sea to the East. Mediterranean “.
The exhibition is a photographic journey into the enchanting world of the East. Through maps, portolans, engravings, miniature manuscripts, postcards and photographs from the 12th c. to date, various aspects of 60 ports of the Black Sea, the Aegean and Cyprus are presented, highlighting the rich medieval past of the respective countries.
The exhibition is entitled “OLKAS II” inspired by the merchant ship of the Byzantines, which for centuries transported people and products to the seas of the East, and through them artistic values ​​and cultural goods, which influenced the formation of medieval culture inside and outside of the Byzantine Empire. Accompanied by a bilingual catalog (Greek-English). The OLKAS II project is a continuation of the OLKAS project. Medieval ports from the North Aegean to the Black Sea.

The exhibition was presented in Piraeus, at the Maritime Museum of Greece, and in Cyprus: Paphos, Ayia Napa, Larnaca, Nicosia and Limassol.