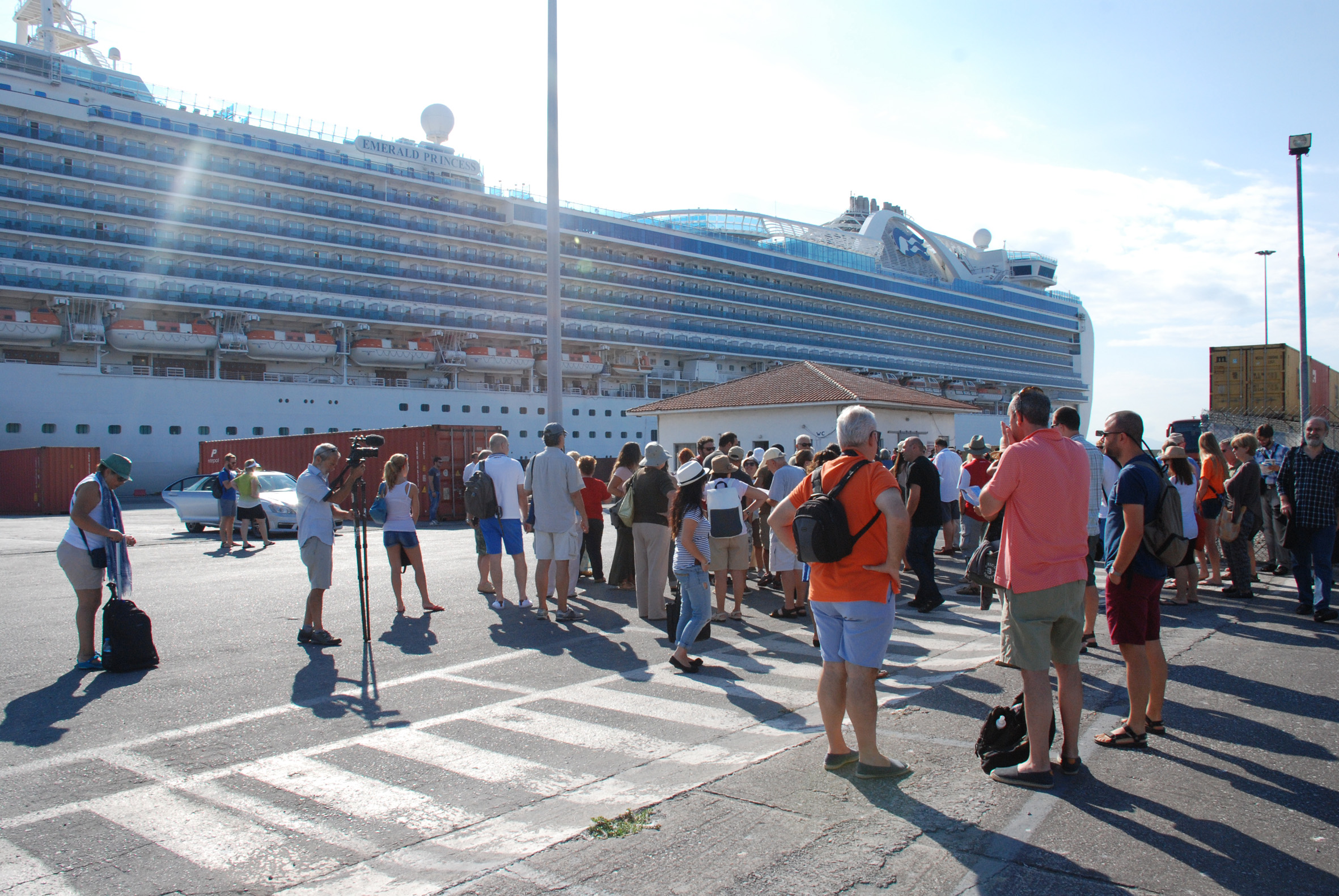 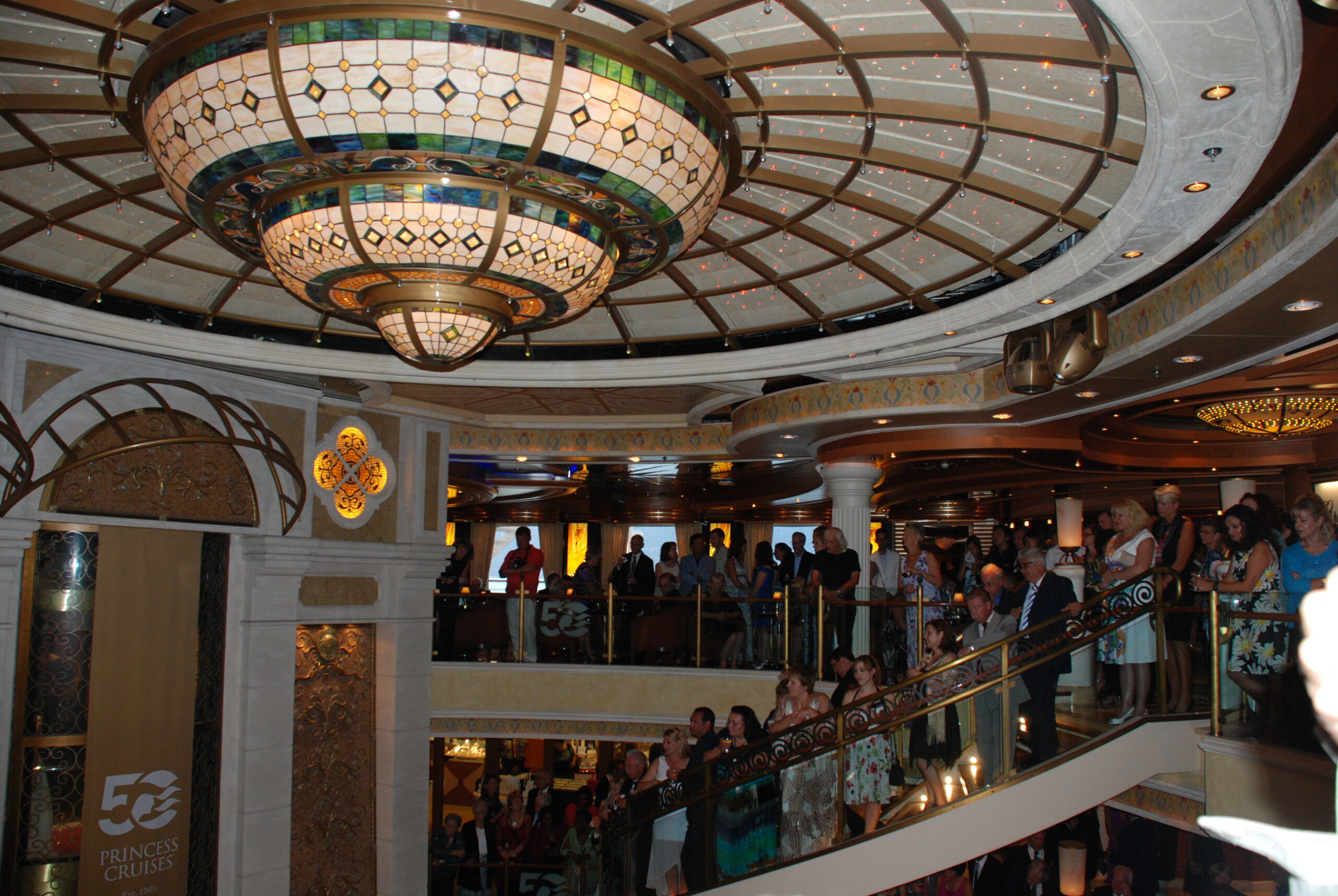 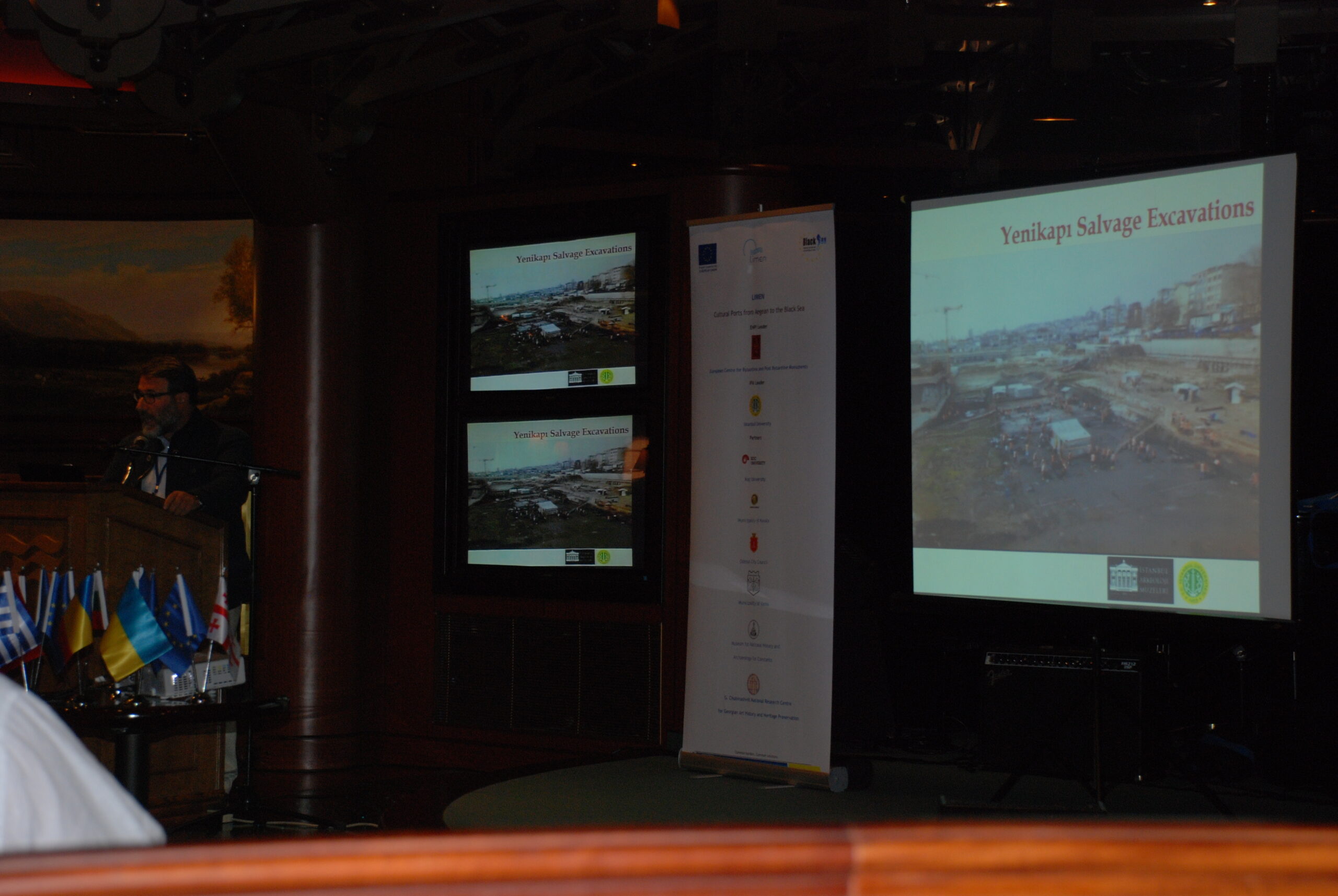 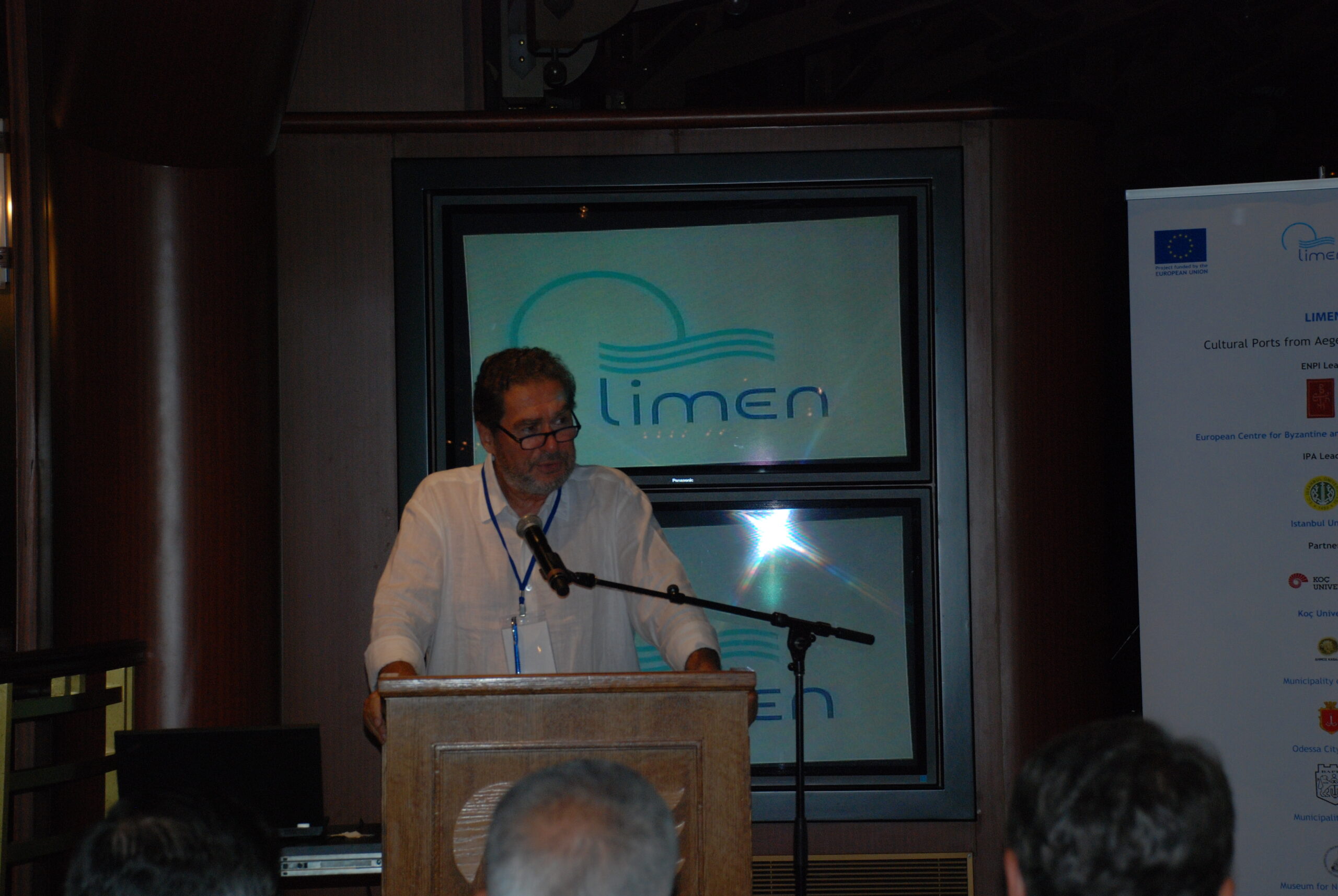 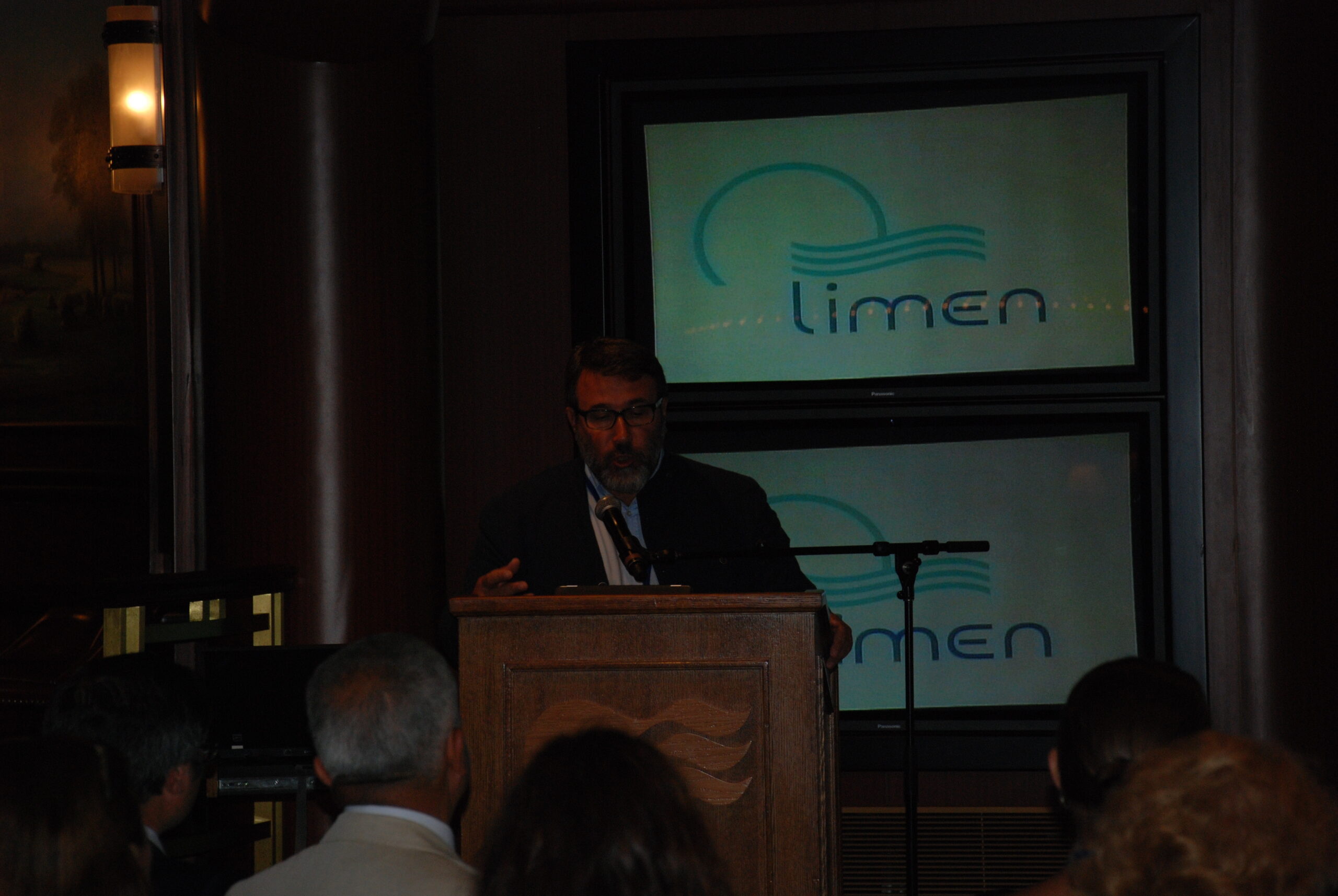 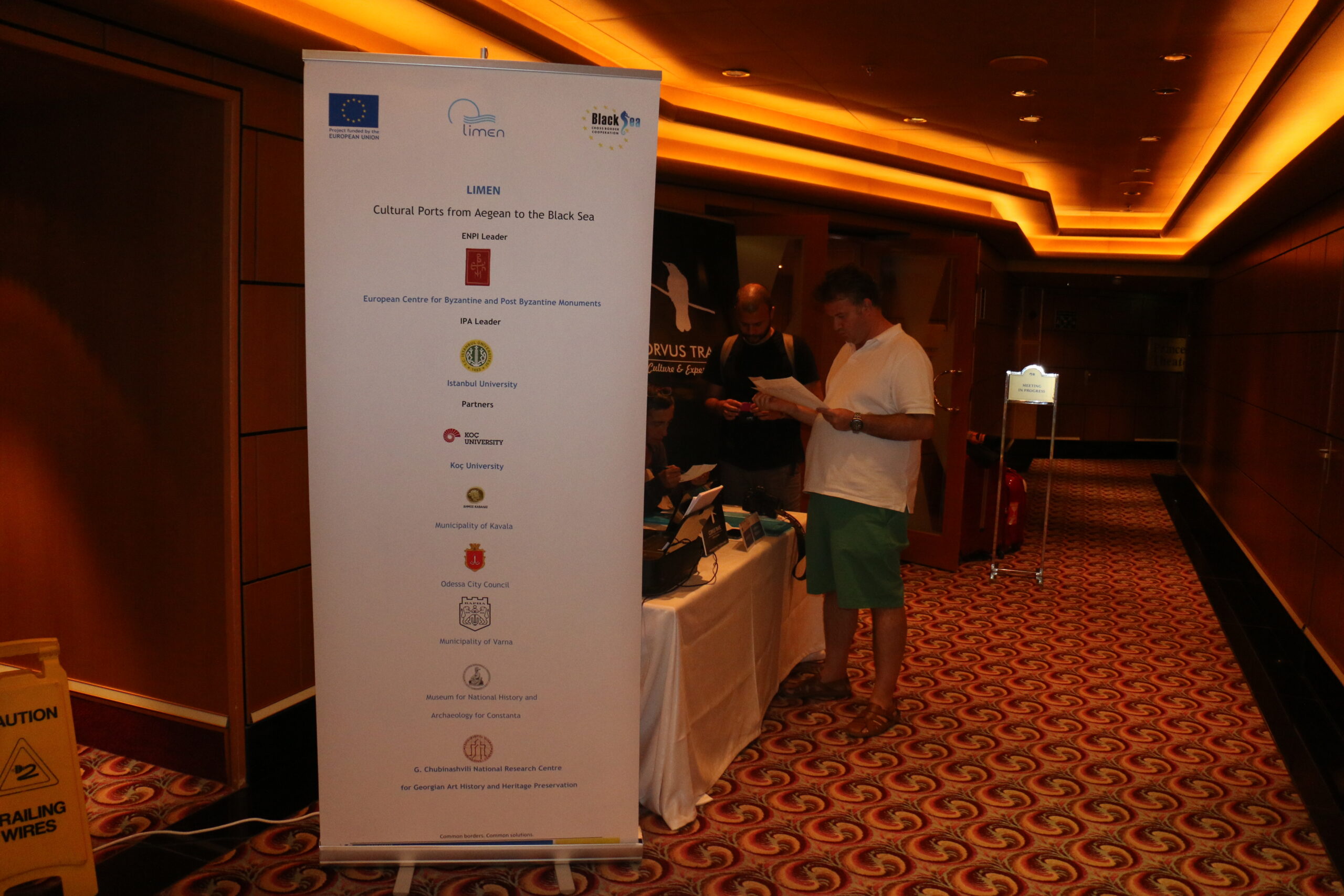 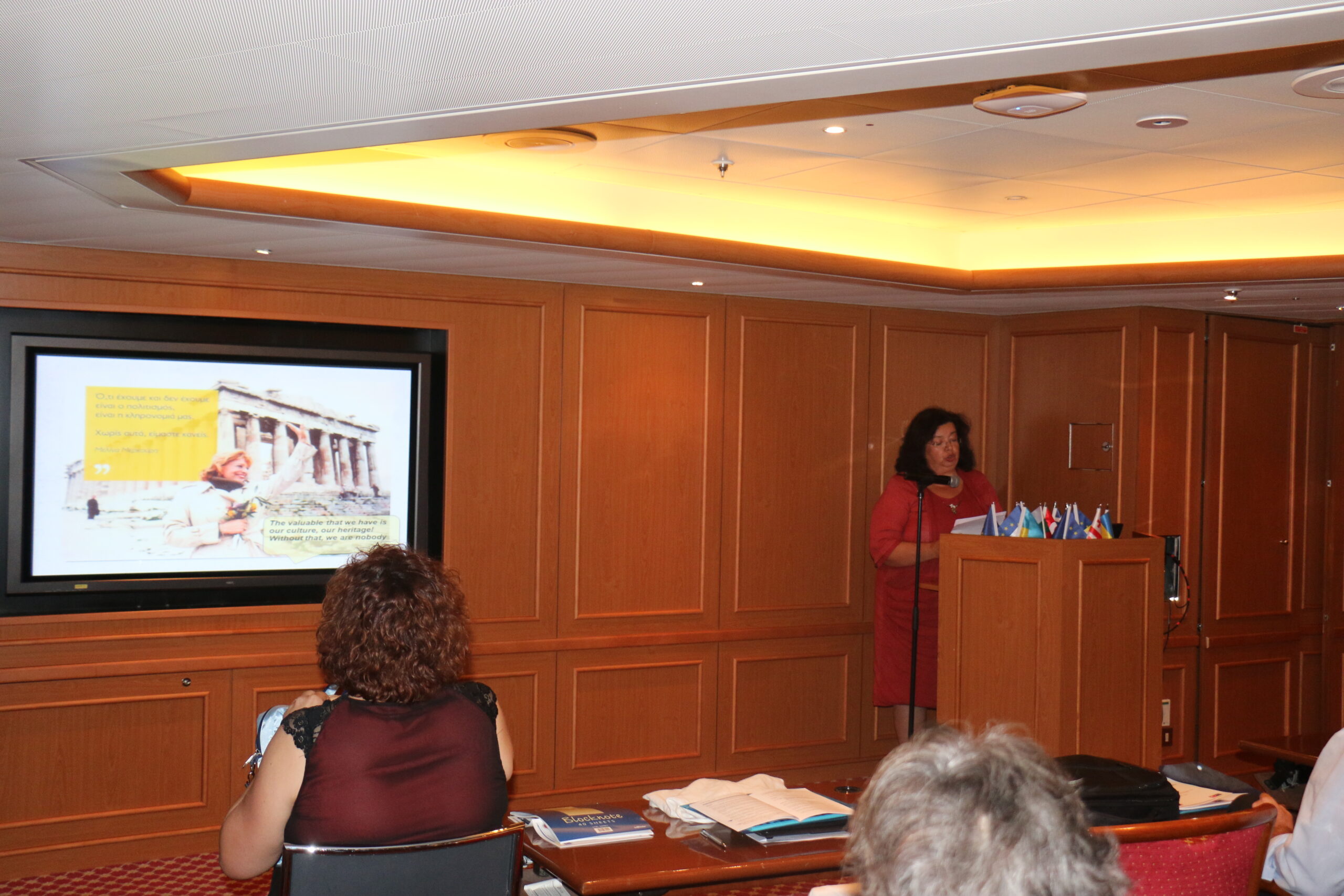 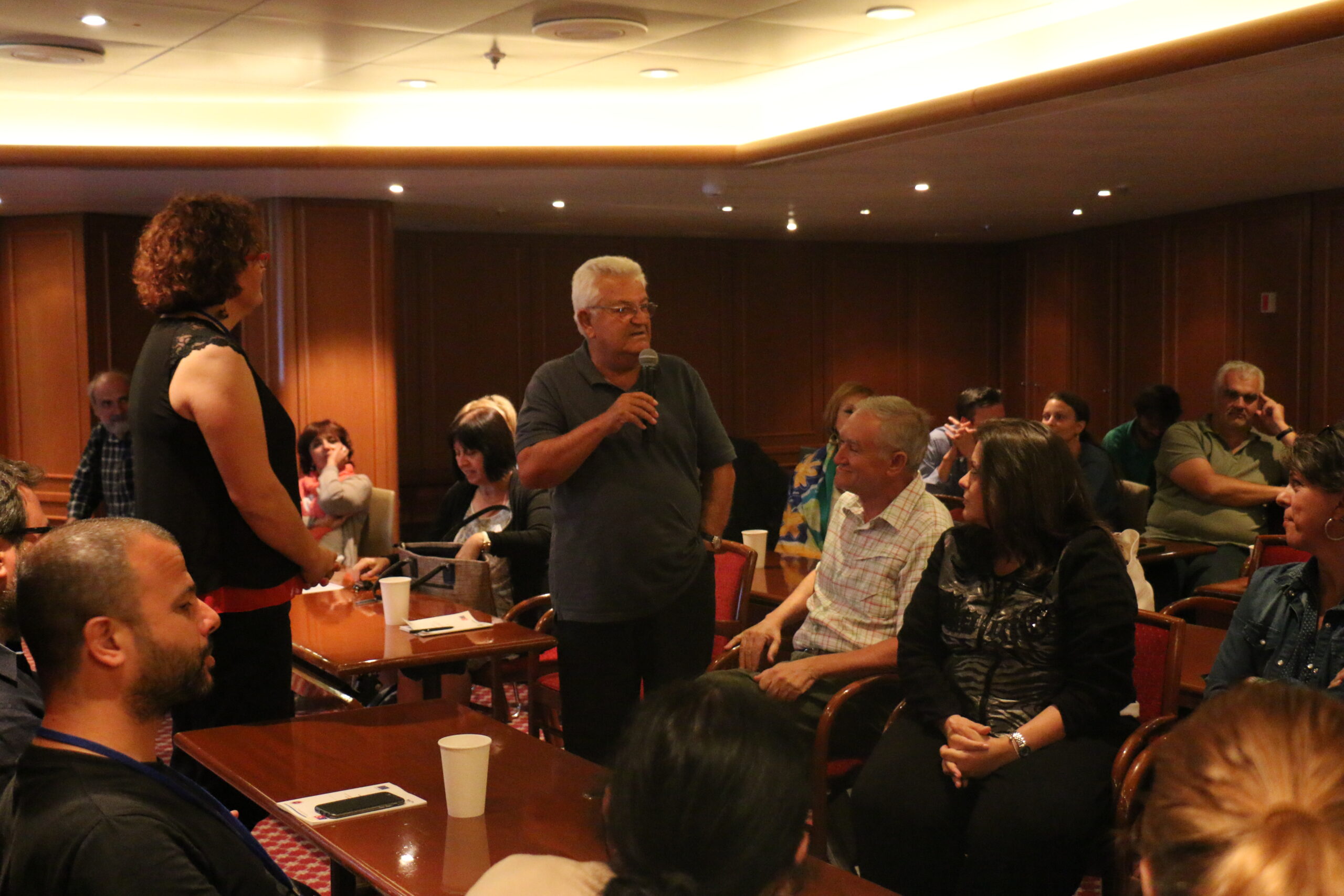 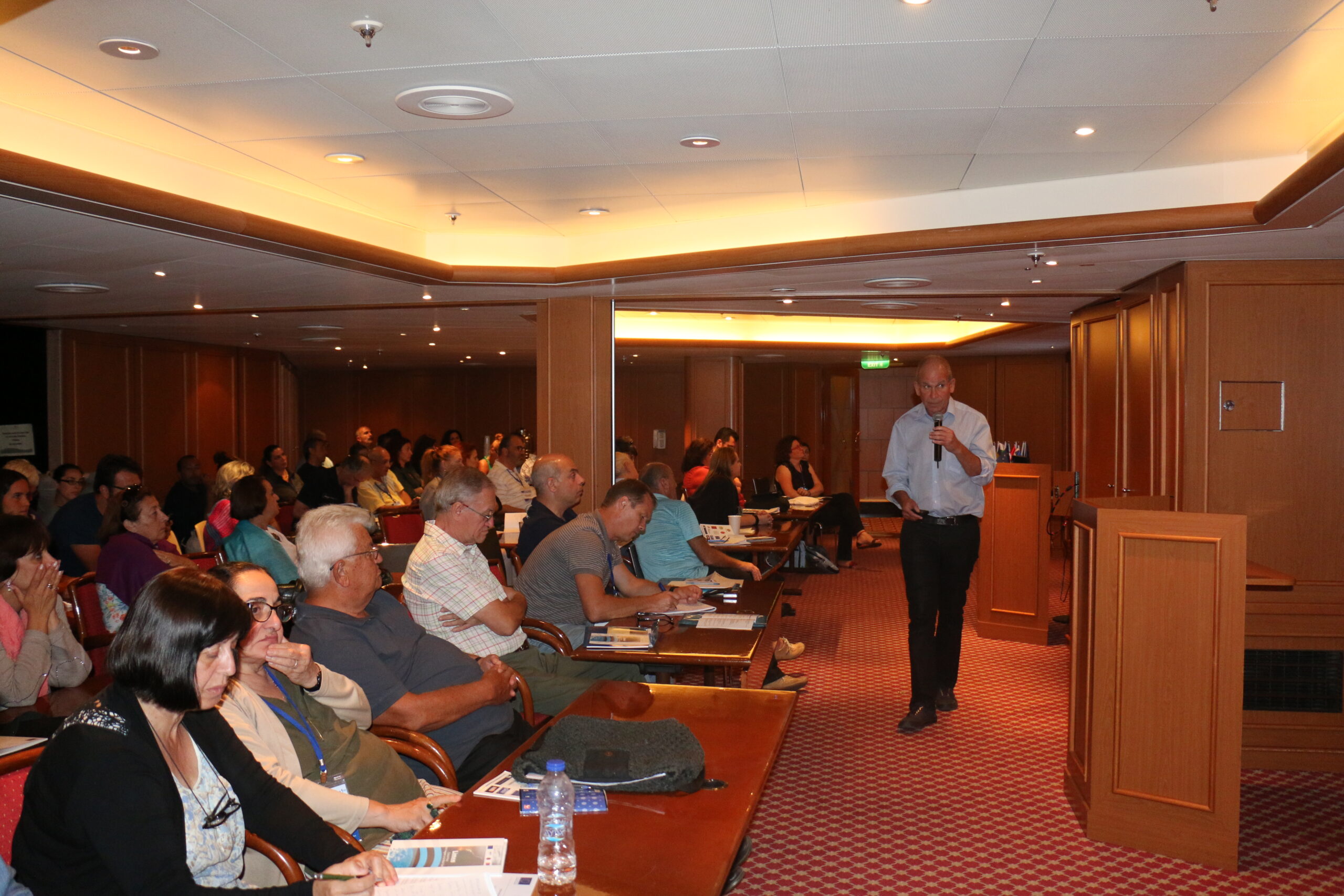 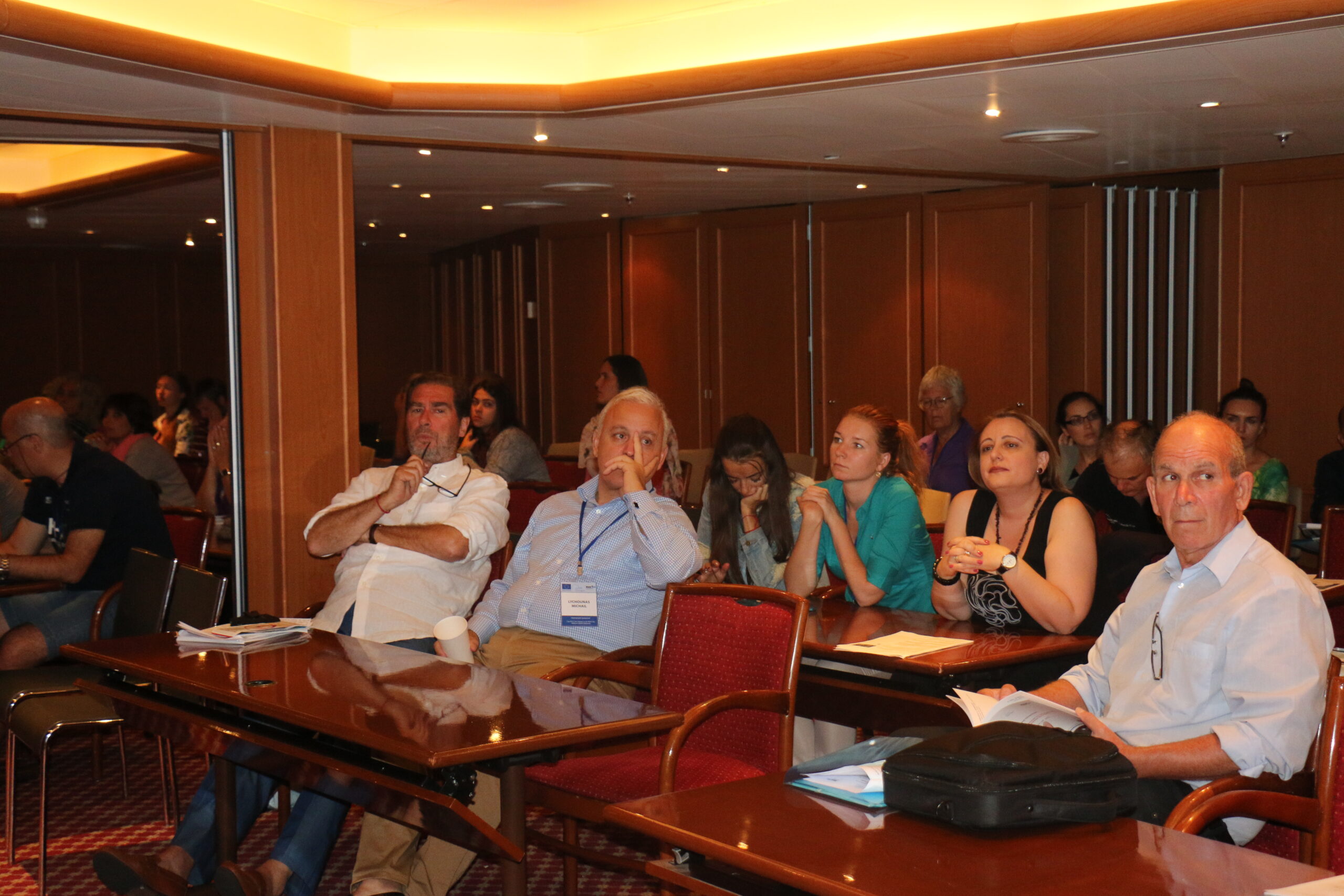 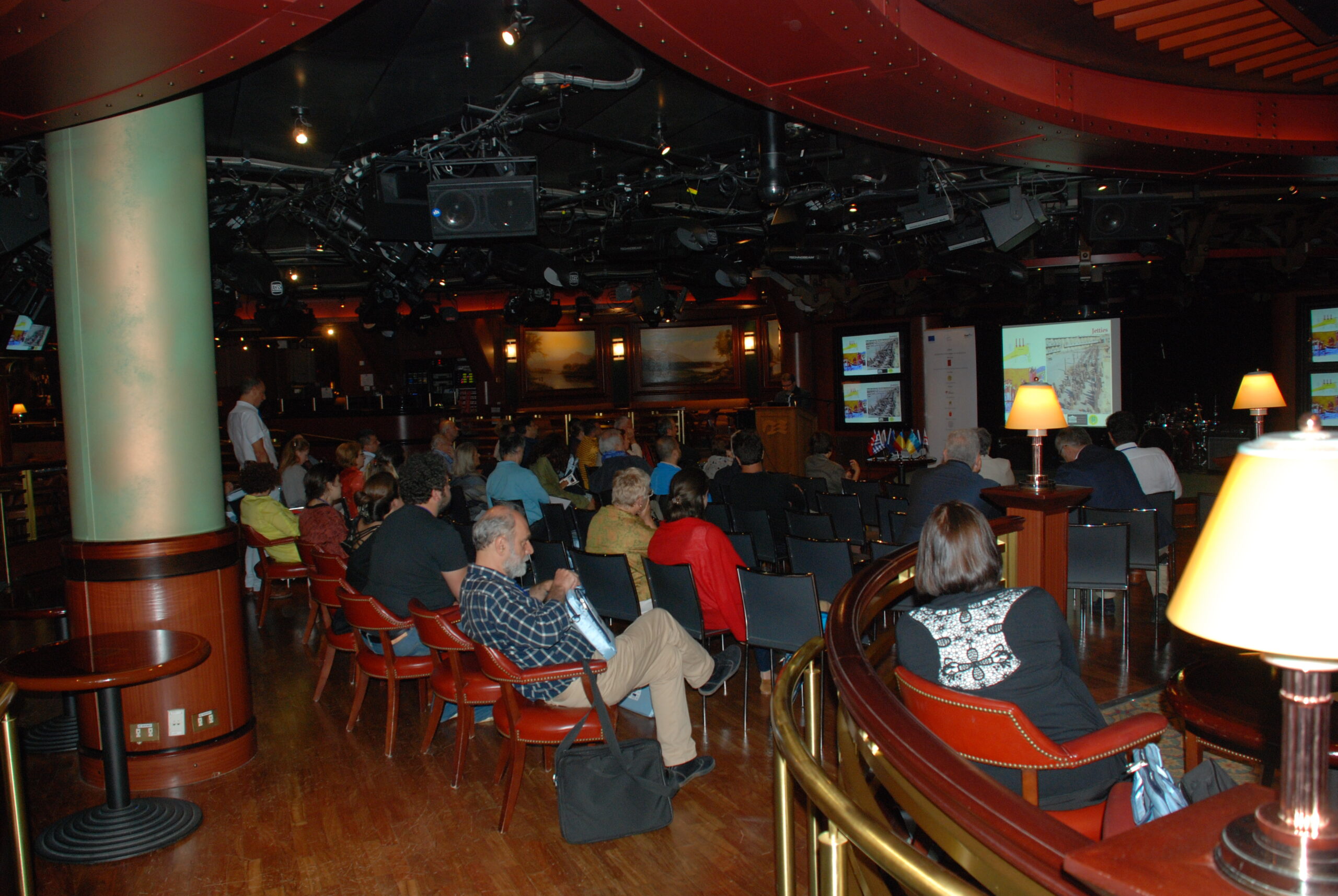 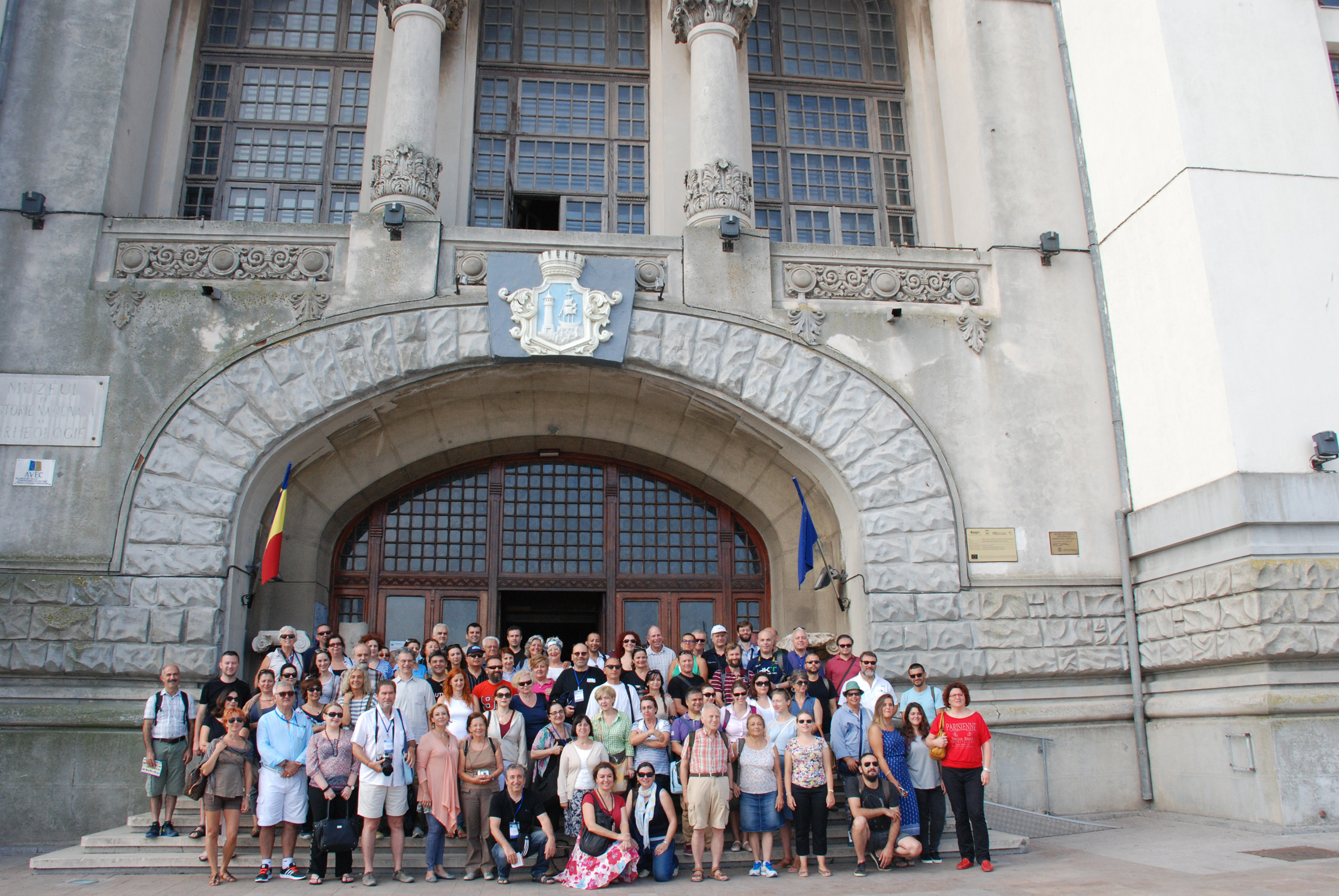 The International Scientific Symposium ” City-Ports from North Aegean the Black Sea. Medieval-Modern Networks “, which was organized from 22 to 25 August during a “cultural cruise”, was completed with great success. Completing two years of successful implementation of the project “LIMEN: Cultural Ports from Aegean to the Black Sea”, the European Centre for Byzantine and Post-Byzantine Monuments (EKBMM) co-organized with the University of Istanbul the cruise that started from the port of Piraeus and crossing the Aegean sailed through the Bosphorus to the Black Sea and passed through Constanta and Varna and ended up in Istanbul. The Symposium started at the Archaeological Museum of Piraeus on August 21 with the opening of the exhibition “Ode to the Sea” that was consisted of works of contemporary art by students of the Painting and Engraving workshops of the Department of Fine and Applied Arts of the School of Fine Arts of Thessaloniki. About 100 prominent guests, archaeologists, art historians, scientists specialized in the field of culture and tourism, as well as representatives of international organizations, cultural and tourist organizations and institutions from Greece, Turkey, Bulgaria, Ukraine, Georgia and Russia participated. During the Symposium 60 speakers presented their research, good practices, ideas and plans about the promotion (cultural and tourist) of the Black Sea port cities and also social and economic issues related to the development of areas. The Symposium closed in Istanbul on 28th of August with the opening of the photo-exhibition “3 Seas, 7 Ports “, which took place in the Koç Museum.