EGERIA. Mediterranean Medieval Places of Pilgrimage – Network for the Documentation, Restoration and Promotion of Monuments in the Euro-Mediterranean Area (Programme Interreg III B / Archimed) (2006- 2007) 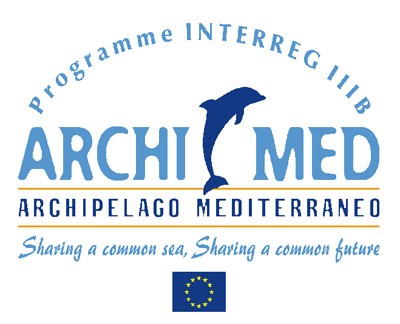 The ΕΚΒΜΜ has implemented the project Egeria based on the idea of promoting the medieval places of pilgrimage in the Eastern Mediterranean. The object of the proposal was to create an electronic record of these sites with the use of new technologies and to document them scientifically in the EKBMM electronic database in five languages (Greek, English, French, Italian, Arabic). The programme has also developed model restoration and enhancement plans for the ambient space of these monuments, with the ultimate aim of creating a network for long-term co-operation. In the framework of the project, a scientific staff of more than 30 people have  worked and a series of seminars has taken place in the partnership countries.

The other partners in the programme were:

From the European countries:  the Department of Antiquities of the Ministry of Communications and Works, Cyprus, the Sicilian Institute for Byzantine and Modern Studies, Italy and the Municipality of Matera, Italy

From the countries of Eastern Mediterranean, as partners:

–          from Israel, the Technical Office of the Greek-orthodox Patriarchate of Jerusalem

–         from Syria, the Department on Ecumenical Relations Programmes of the Patriarchate of Antioch

–         from Turkey, the Centre for Anatolian Studies of Koç University and the Sinaitic Dependency, both in Istanbul

The final international conference entitled “Routes of Faith in the Medieval Mediterranean. History, monuments, people, pilgrimage prospects” held in Thessaloniki from 7 to 11/11/2007 and the proceedings have already been published.