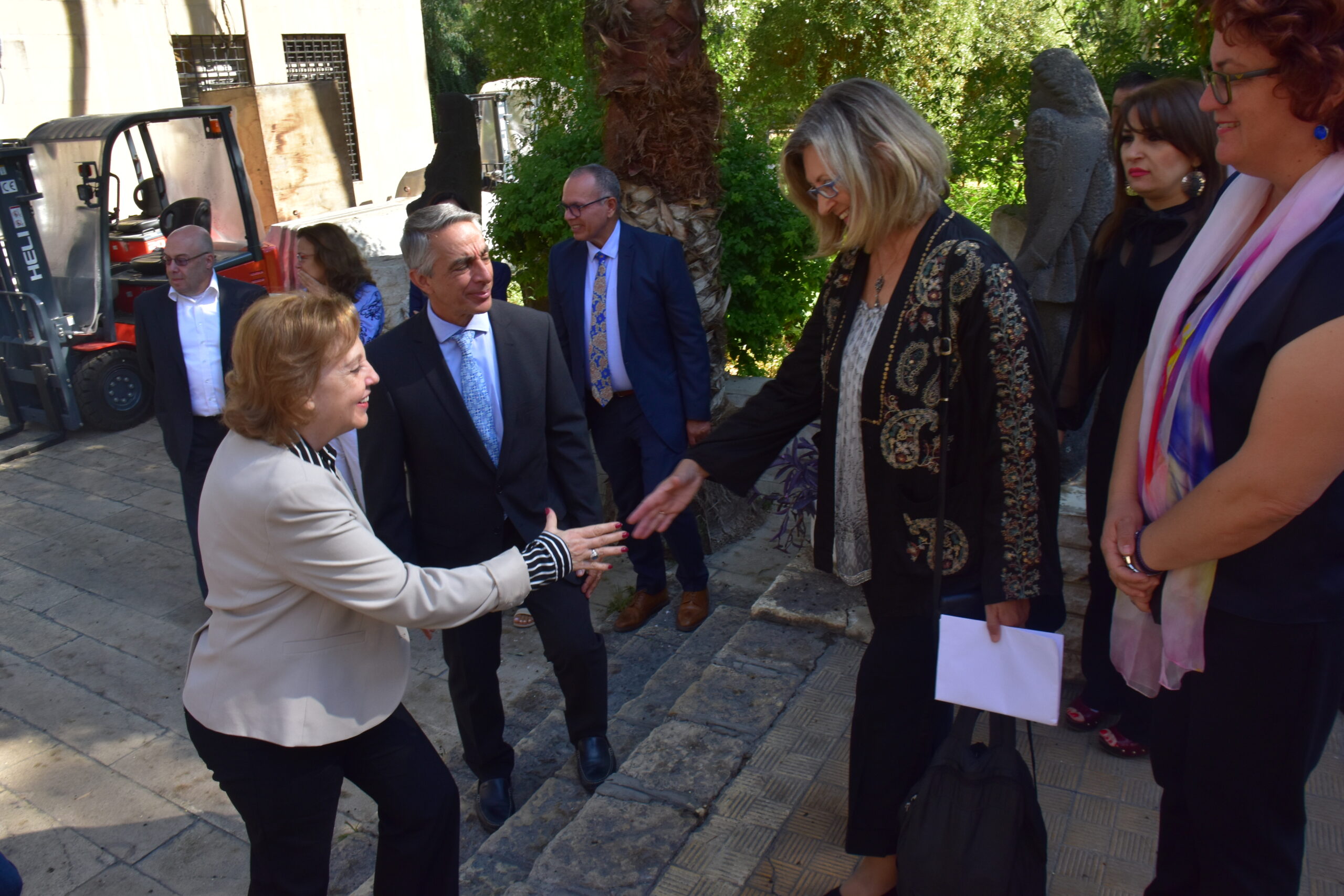 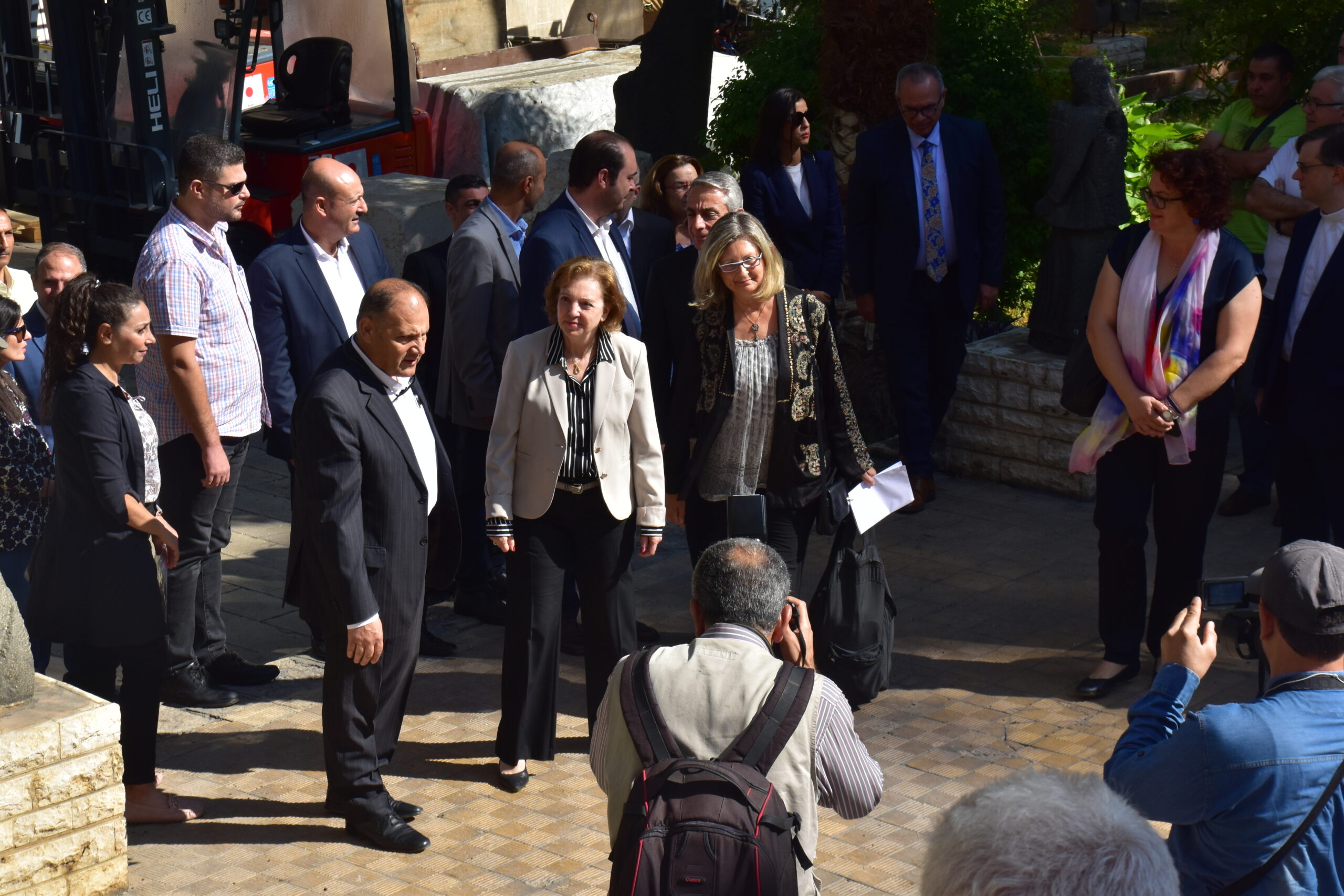 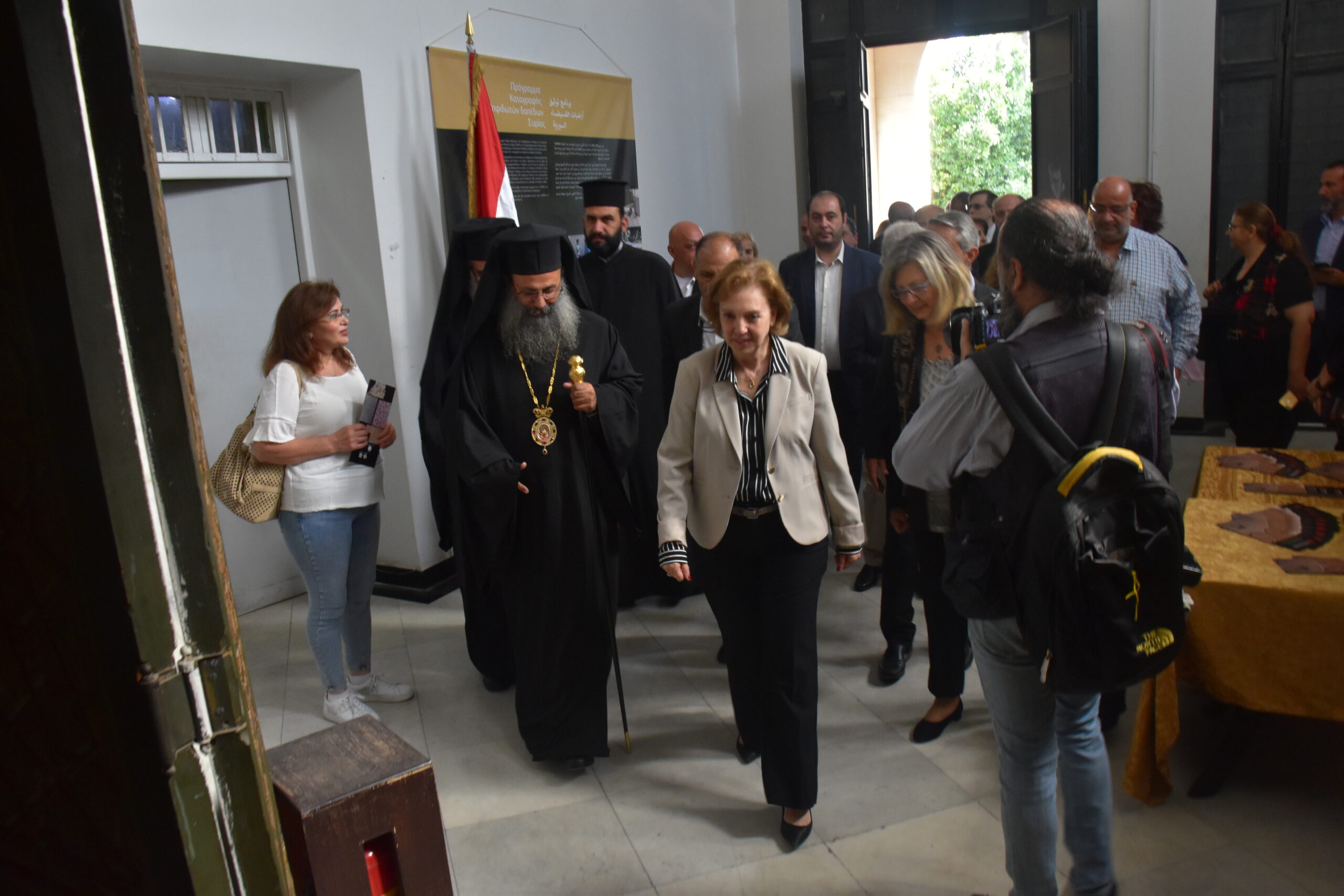 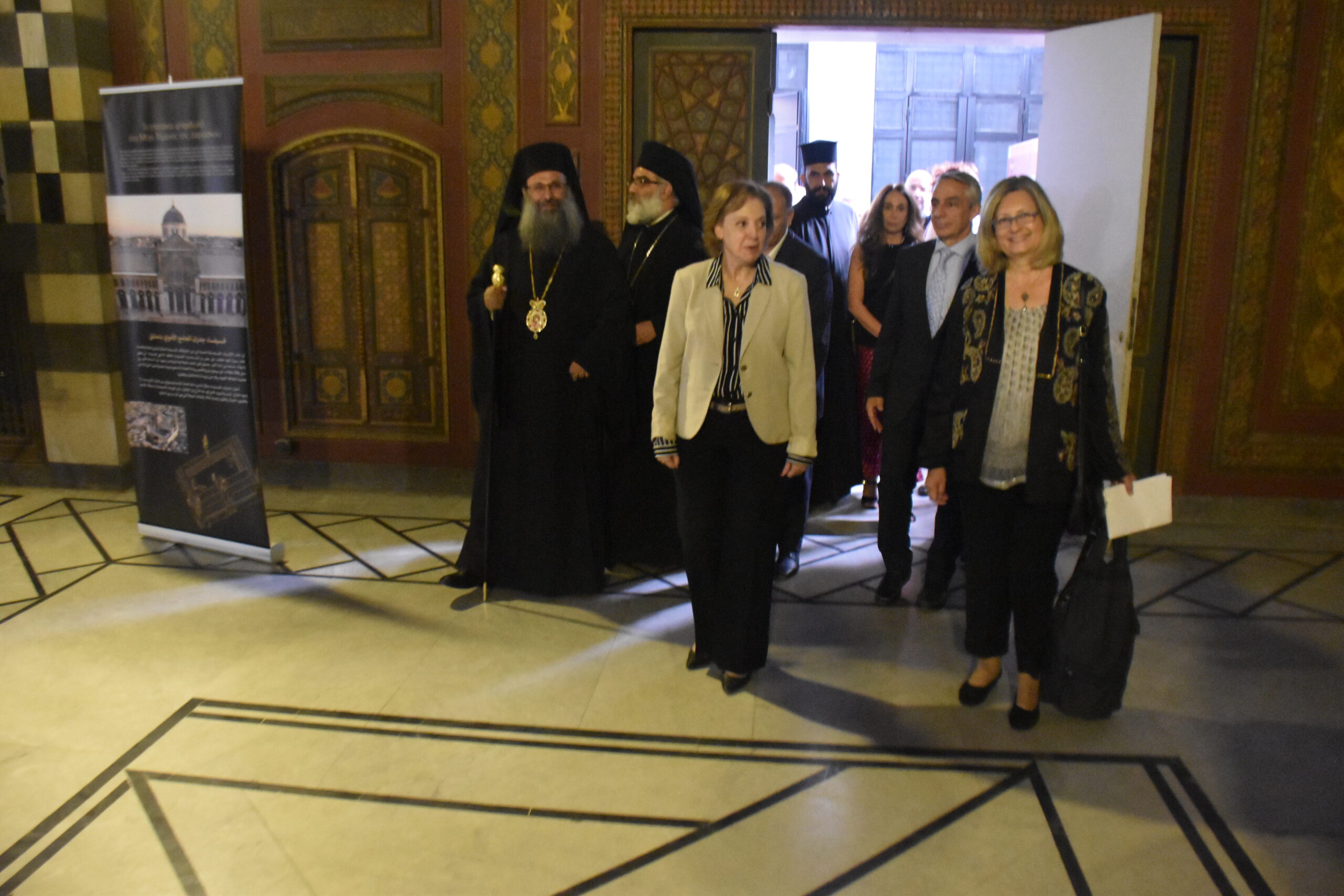 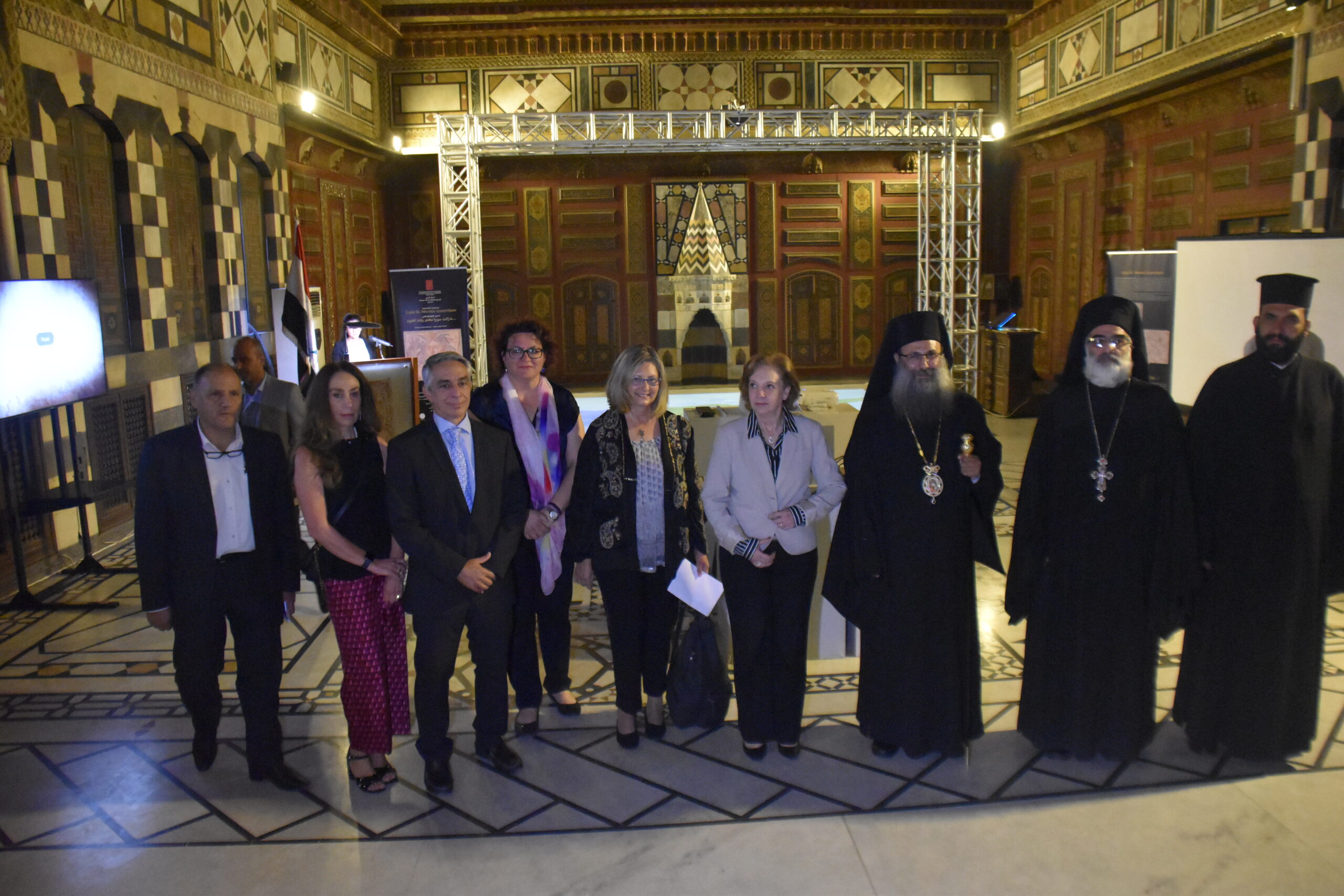 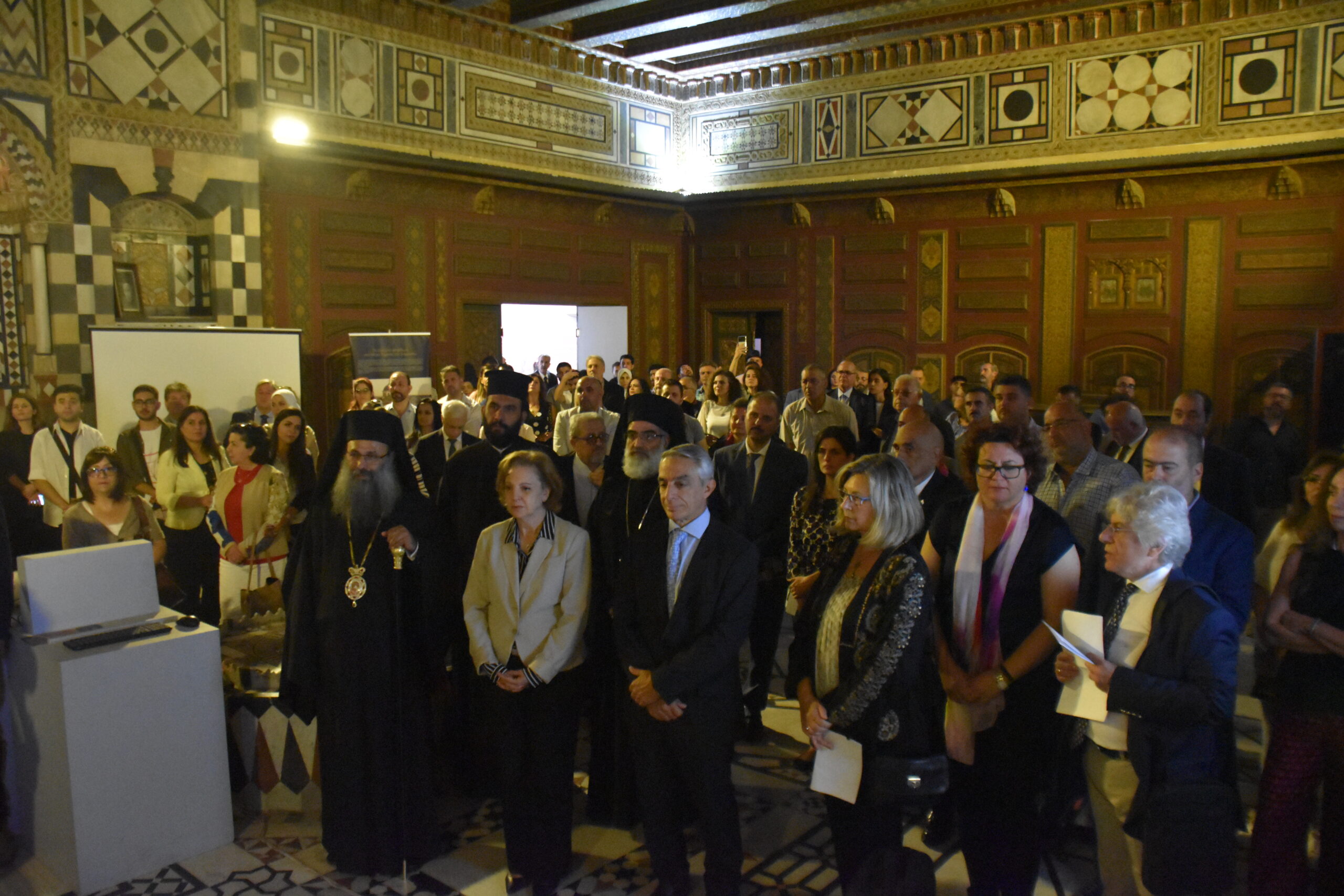 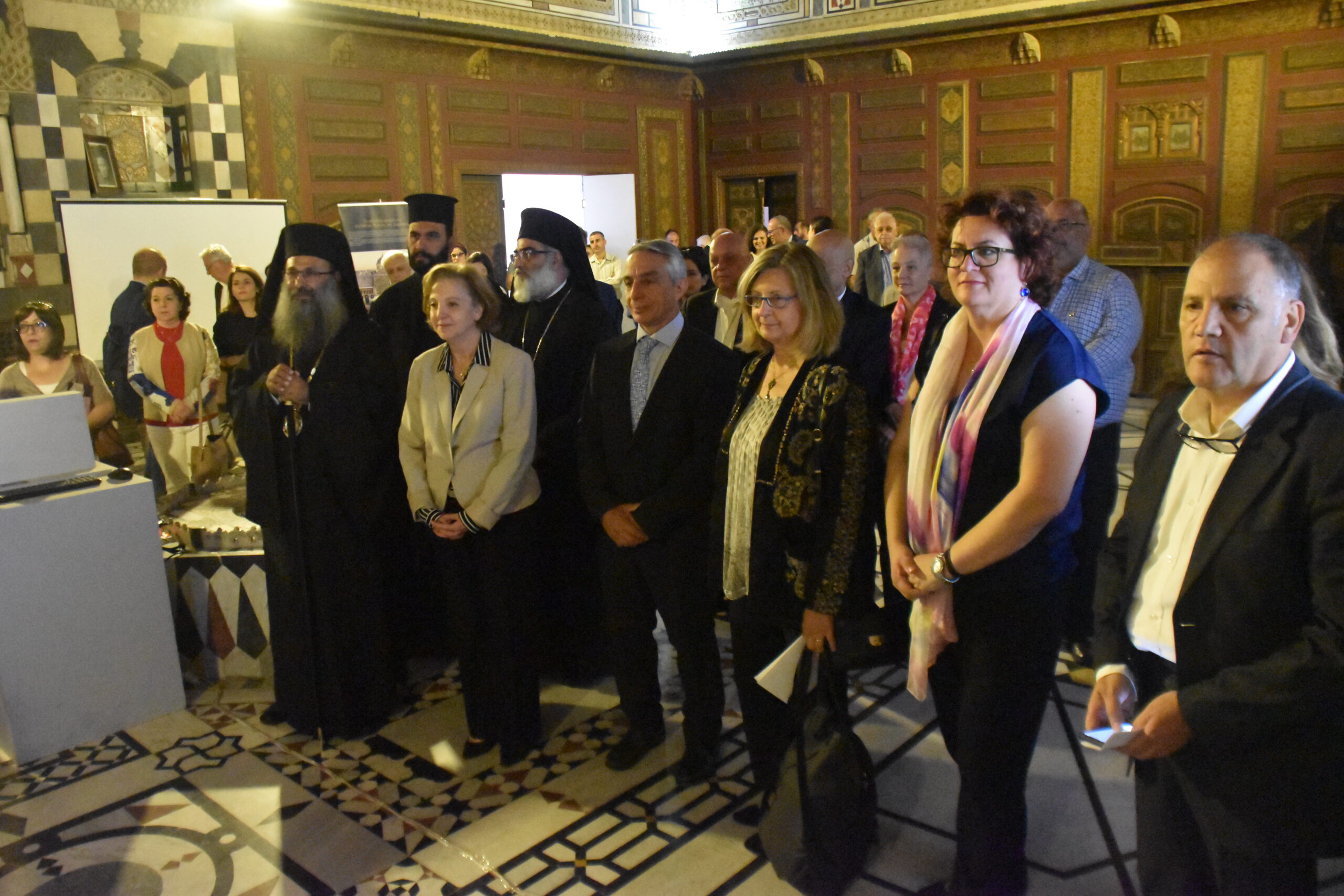 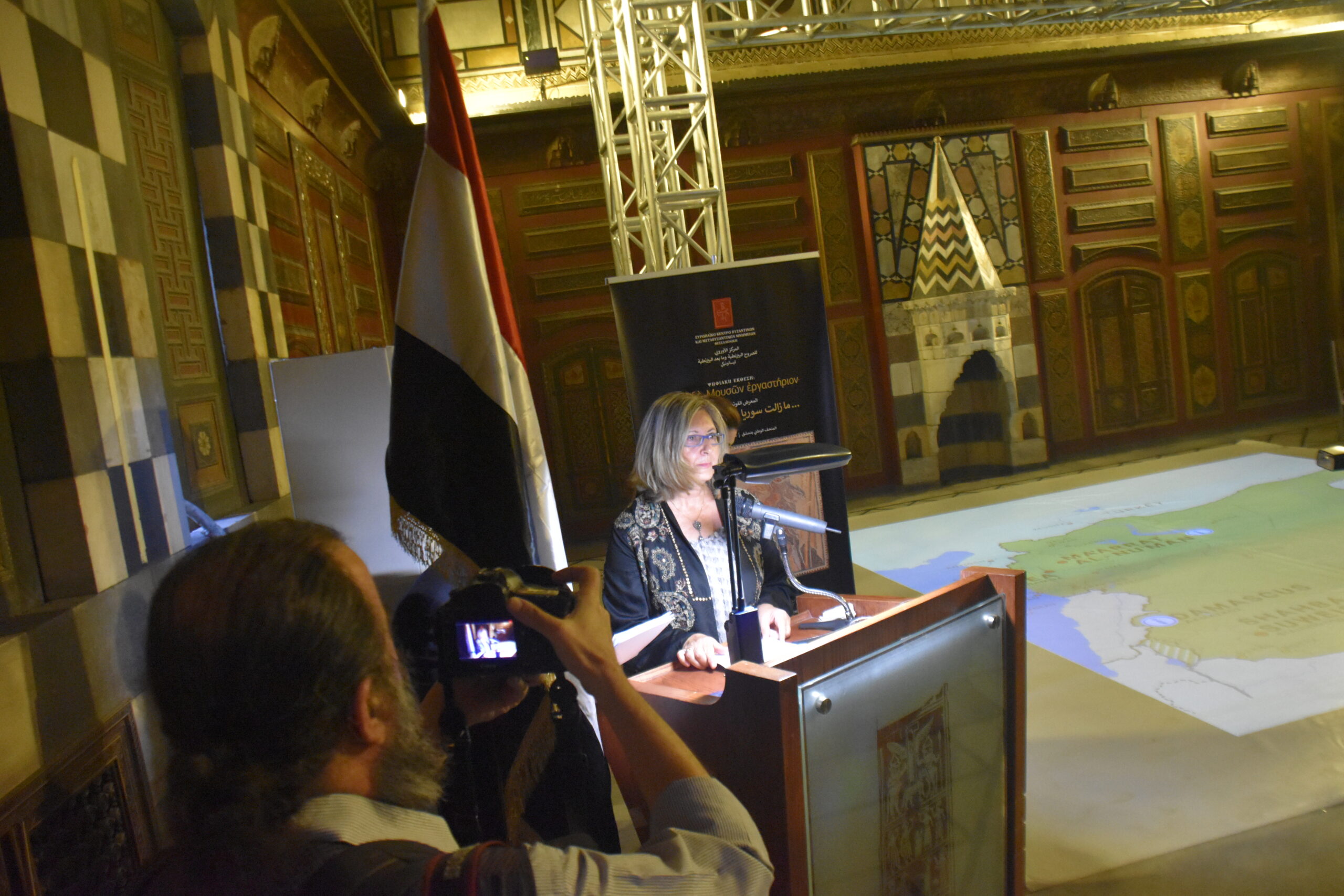 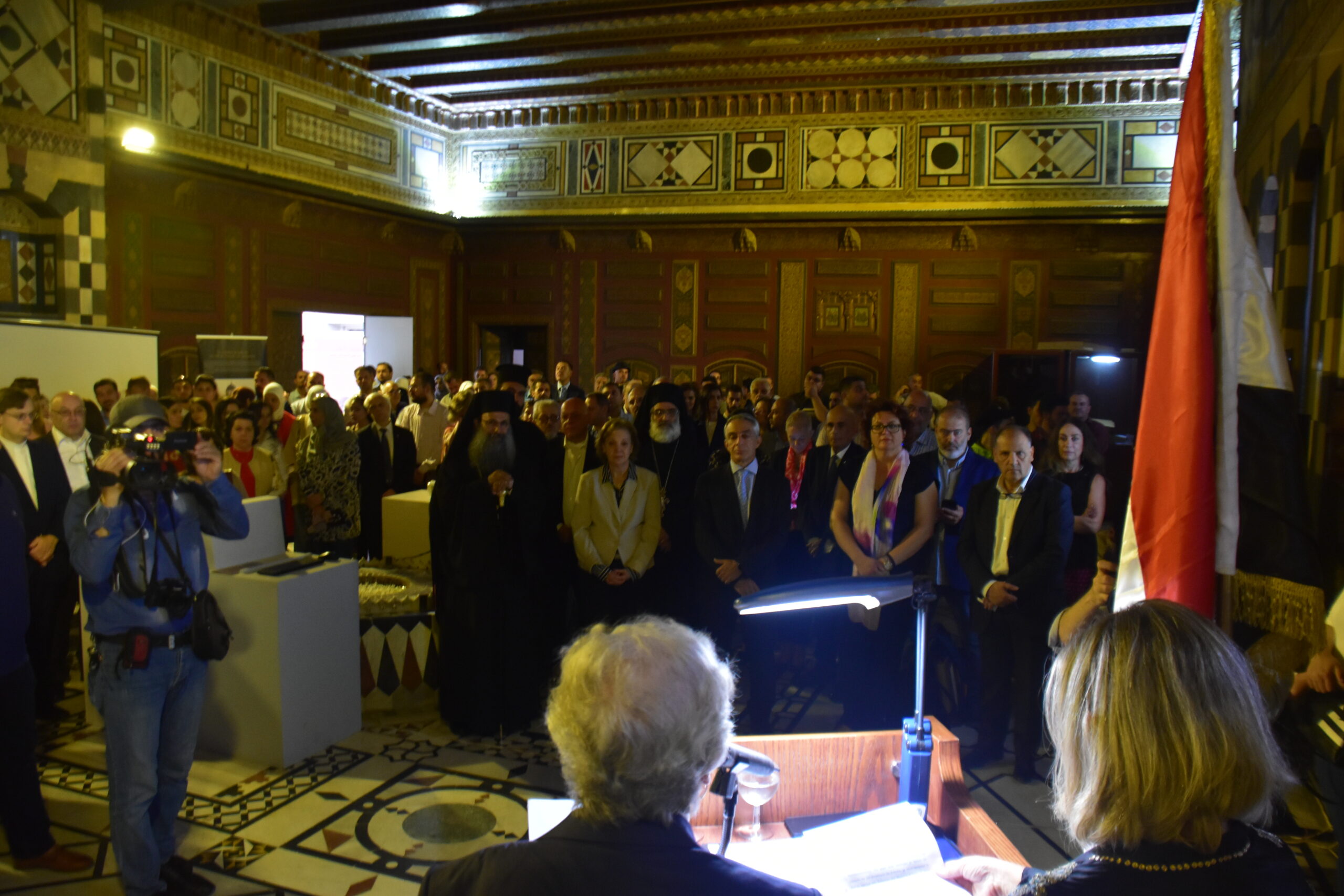 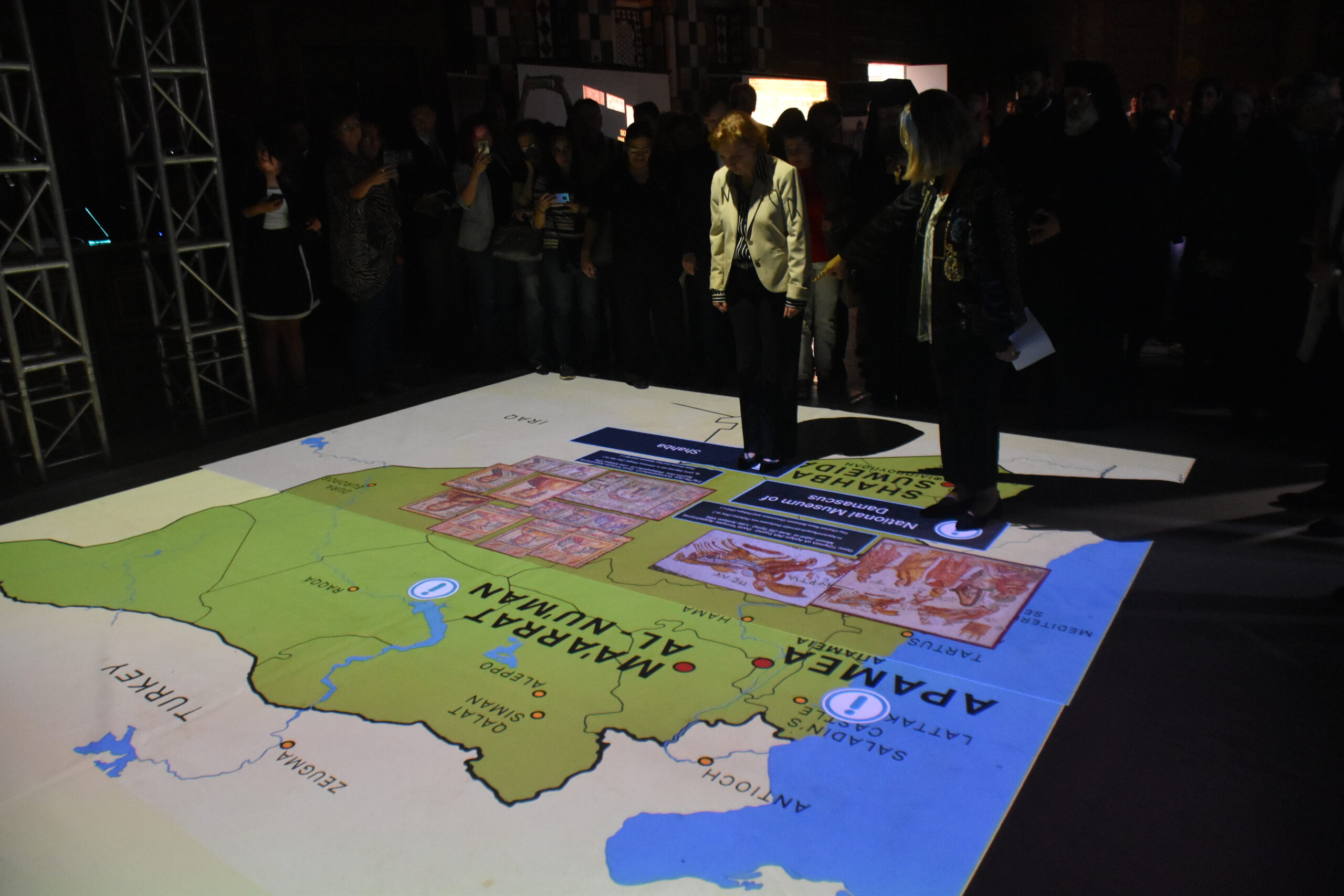 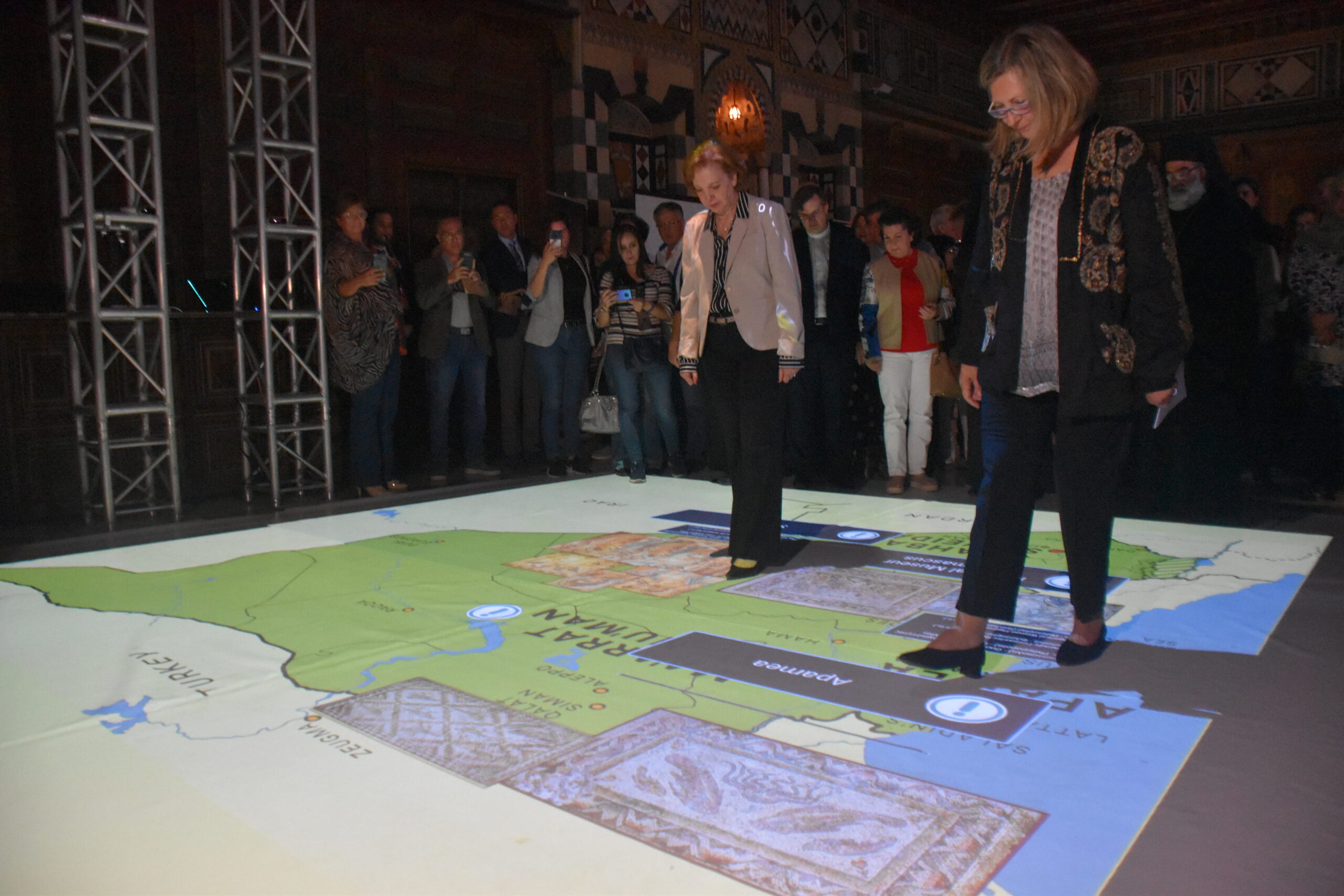 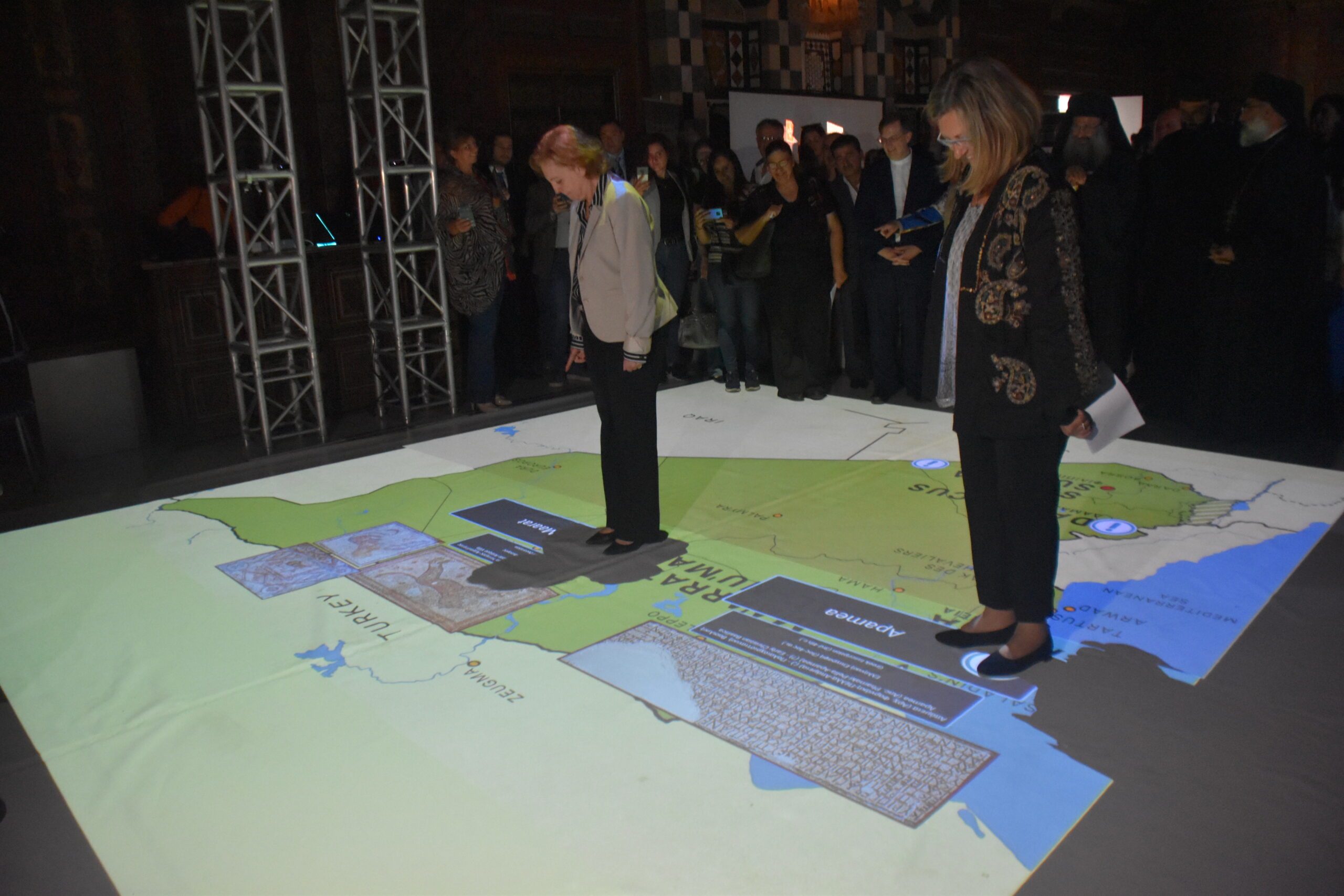 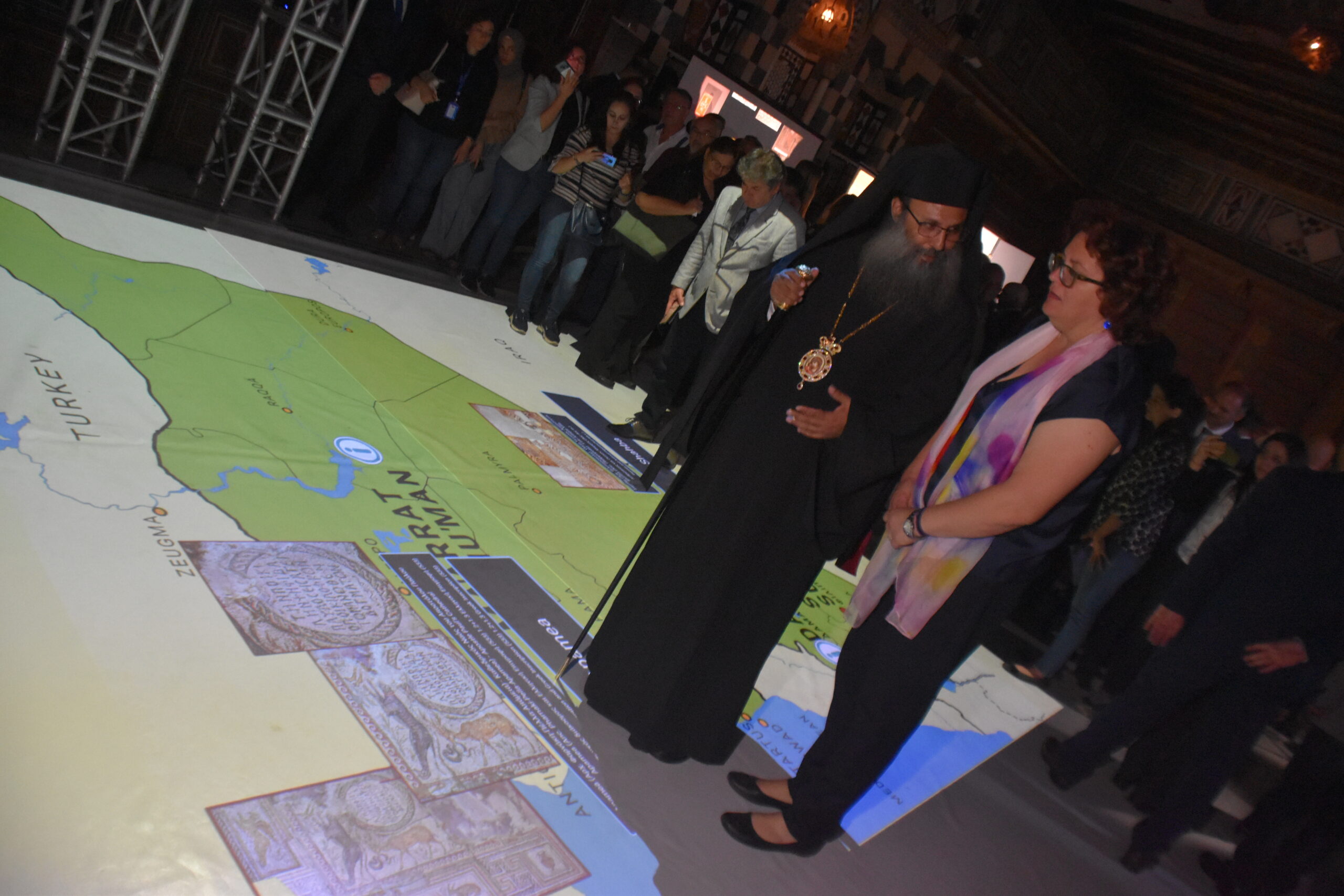 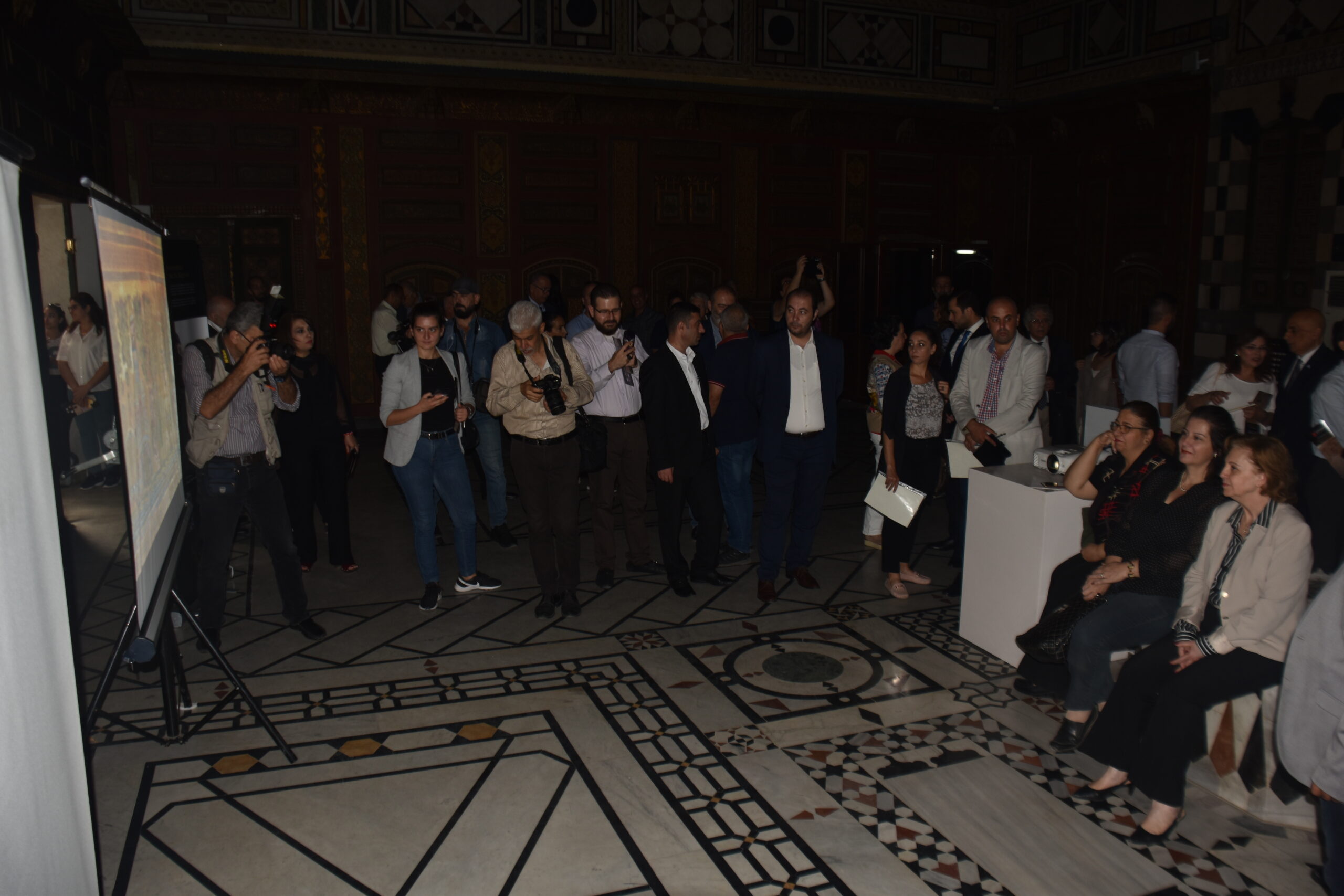 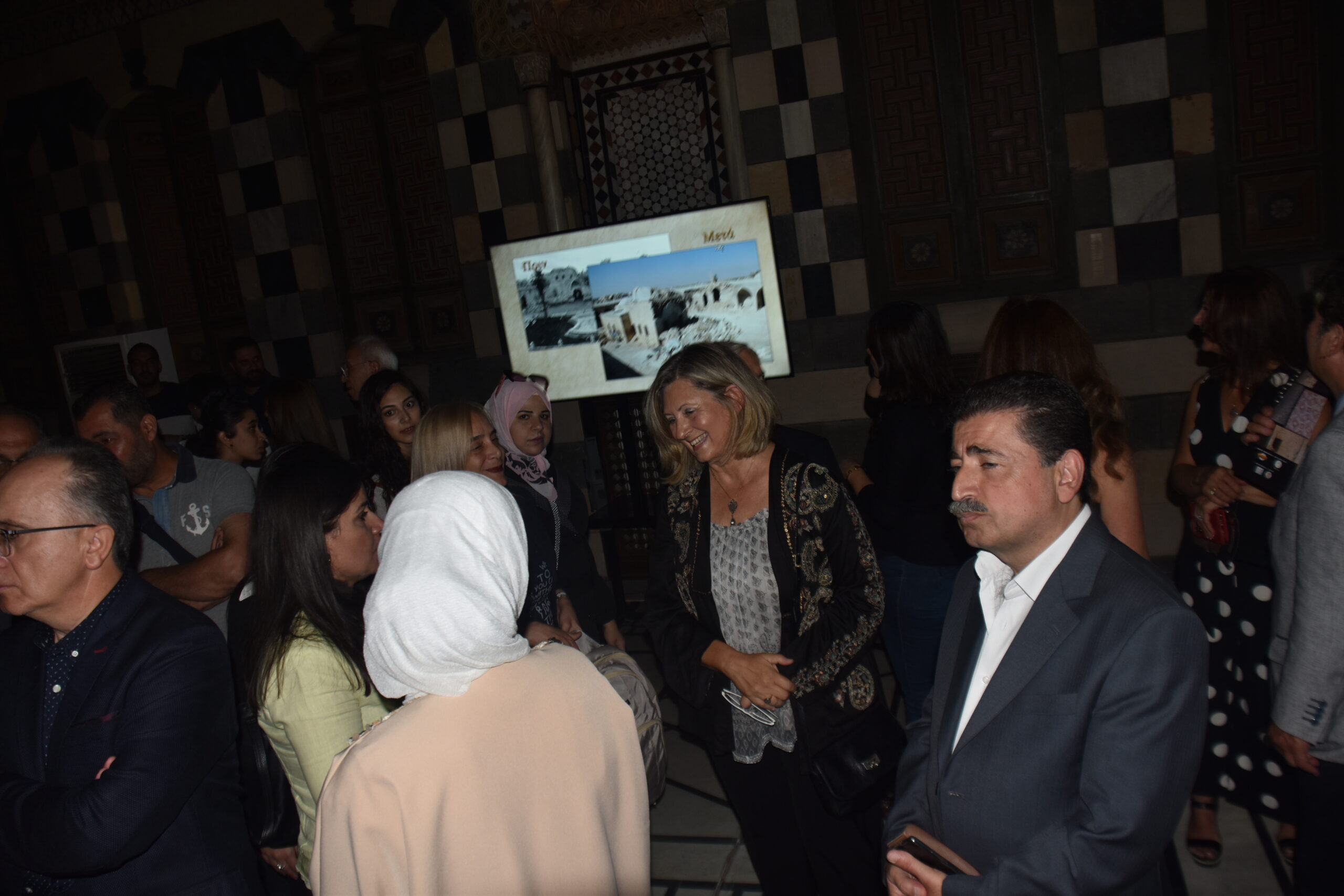 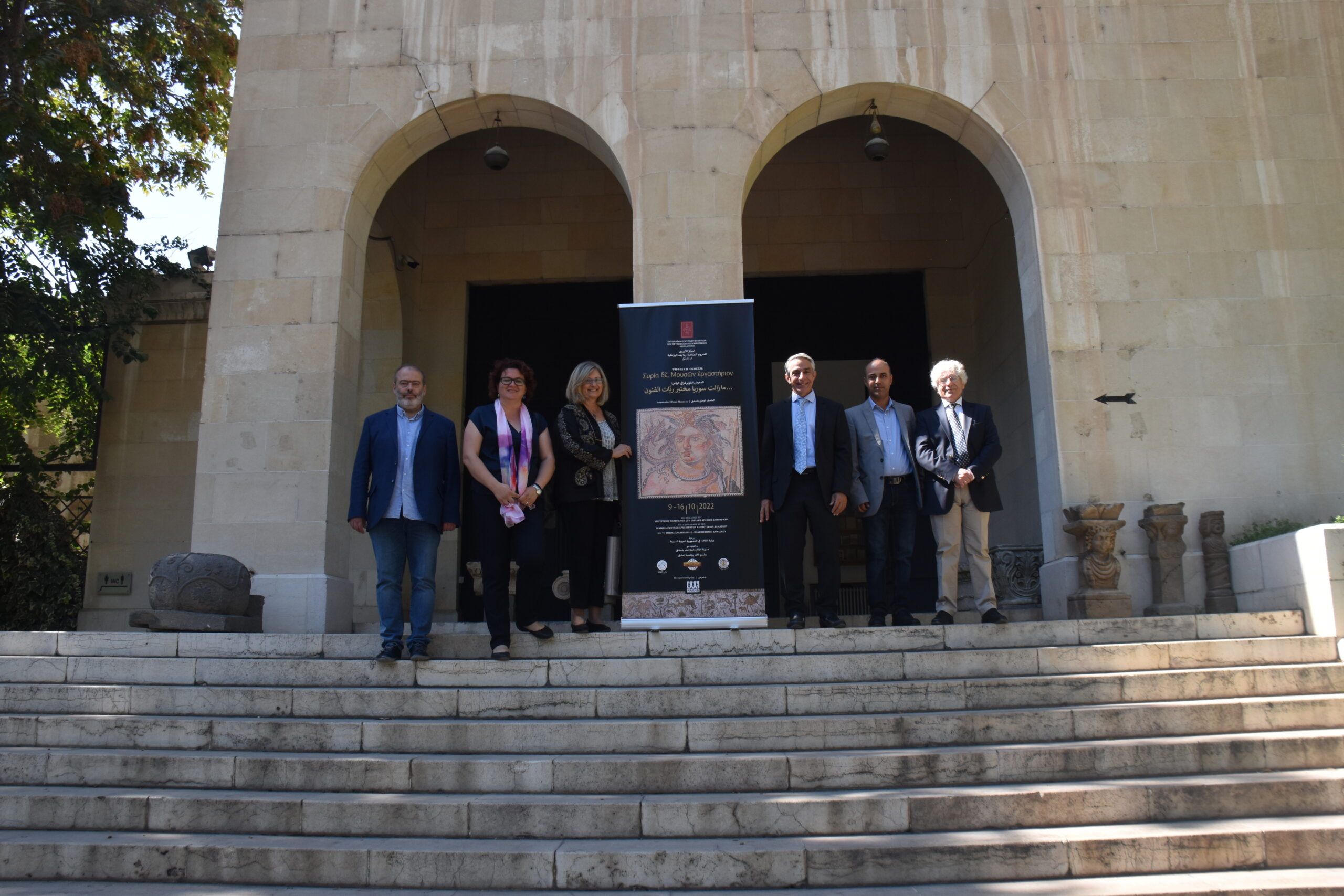 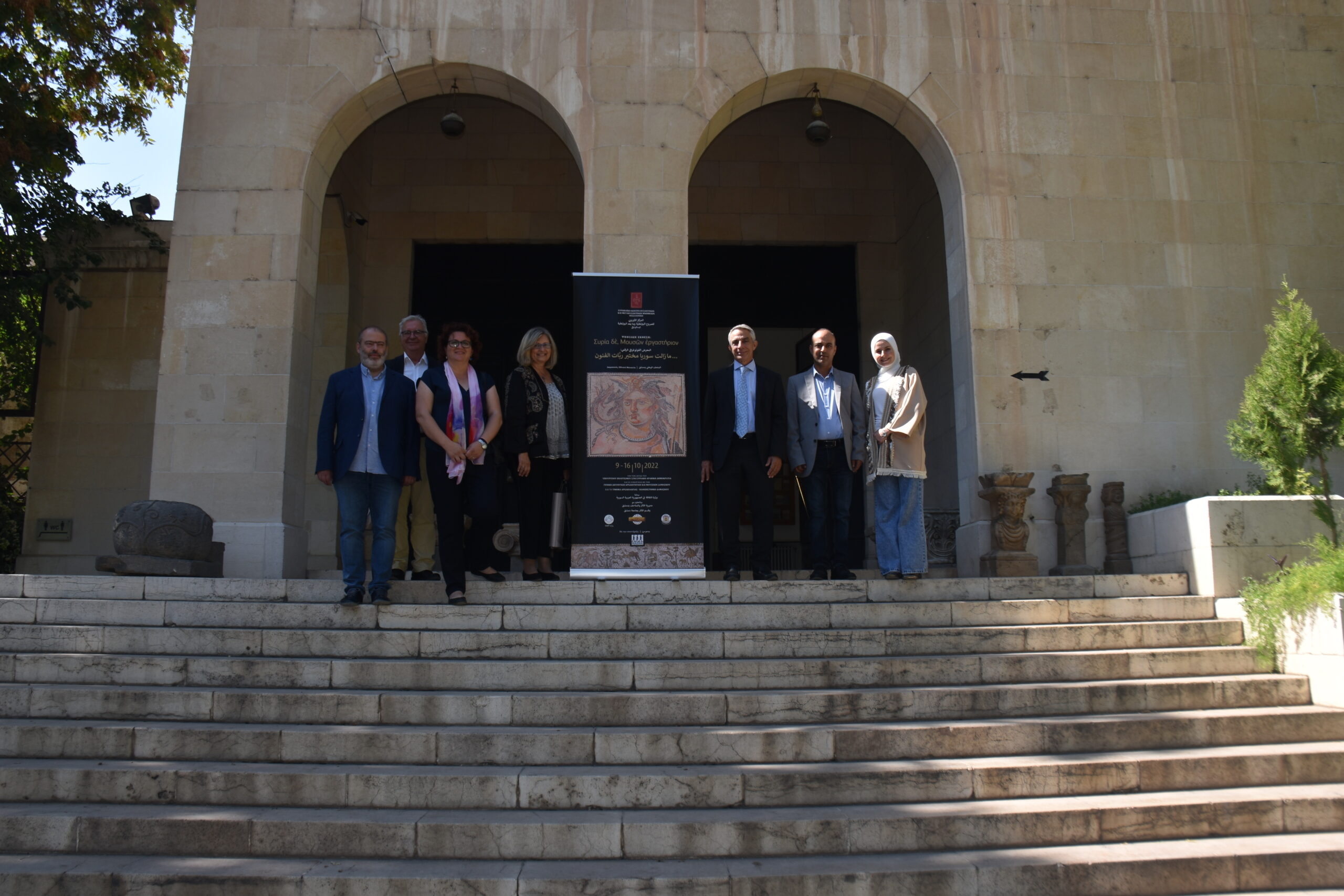 The exhibition “…Yet Syria, Laboratory of the Muses” was organized by the European Centre for Byzantine and Post-Byzantine Monuments, in collaboration with the General Directorate of Antiquities and Museums of Syria (DGAM), and was held at the National Museum of Damascus, Syria. The exhibition, which has already been displayed last year in Athens and Thessaloniki, presents, through digital applications, the numerous and highly artistic mosaics of Syria, dating from the Roman to the Byzantine years.

The opening of the digital exhibition  was held with great success on Monday 10 October 2022. The exhibition was inaugurated by the Syrian Minister of Culture Mrs. Lubana Mshaweh and the President of the Administrative Board of the European Centre for Byzantine and Post-Byzantine Monuments, Professor of Byzantine Archaeology Mrs. Natalia Poulou, in the presence of the Ambassador of Greece in Damascus Mr. Nikolaos Protonatarios, the General Director of Antiquities and Museums of Syria Mr. Nazir Awad, the Director of Excavations Mr. Houmam Saad, the Director of the European Centre for Byzantine and Post-Byzantine Monuments Dr. Flora Karagianni, and the member of the Board, Assistant Professor of Byzantine Archaeology, Mr. Anastasios Tantsis. Also present were representatives of the Greek community of Damascus and the Patriarchate of Antioch, while scientists of the General Directorate of Antiquities of Syria, as well as a large number of people, participated in the event.

The exhibition lasted until 16 October 2022.