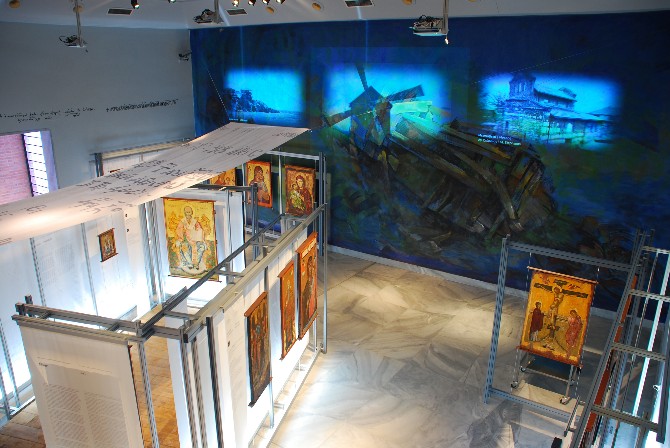 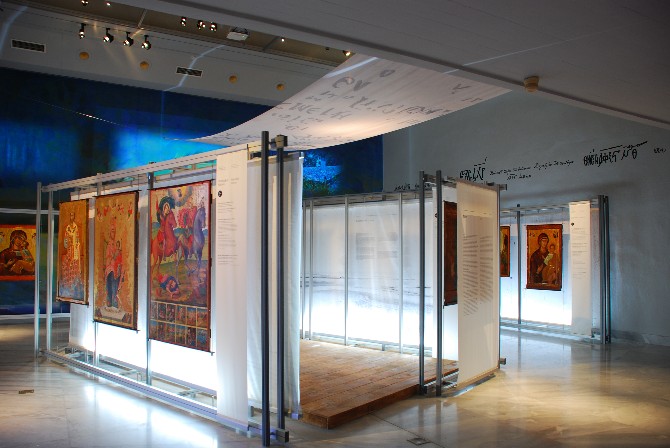 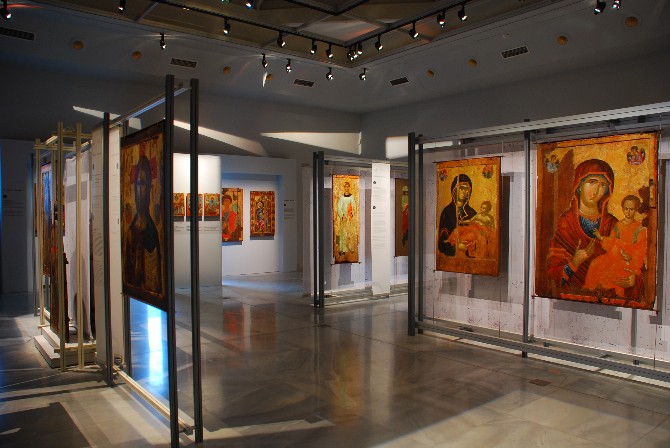 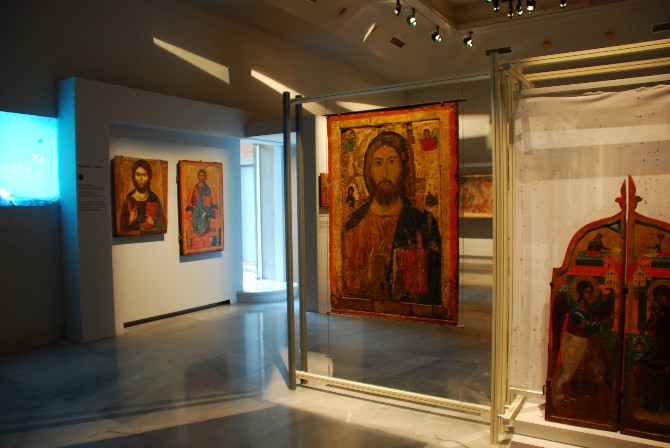 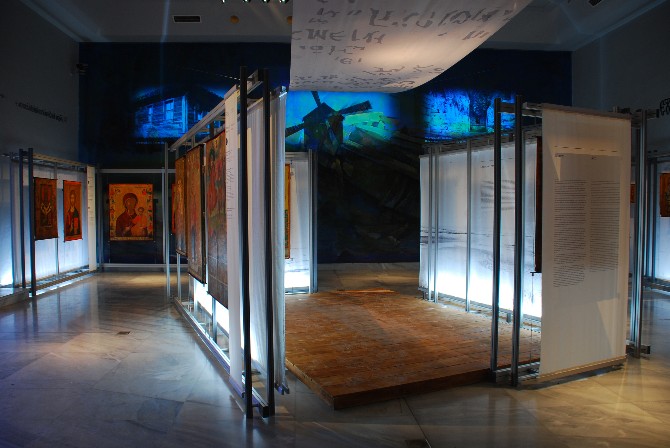 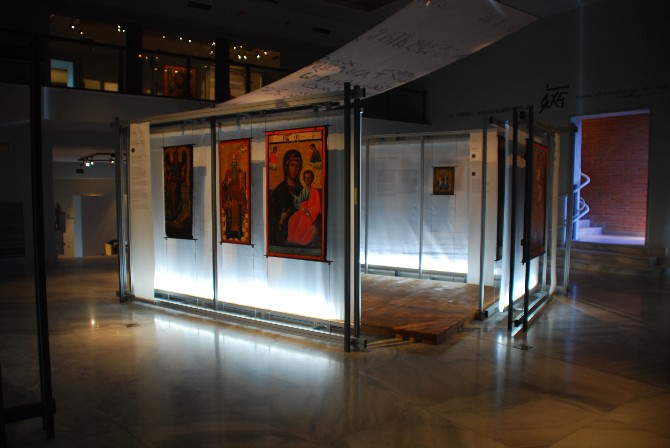 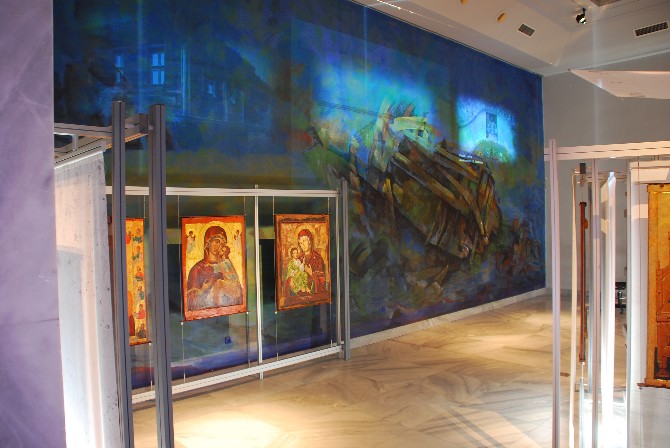 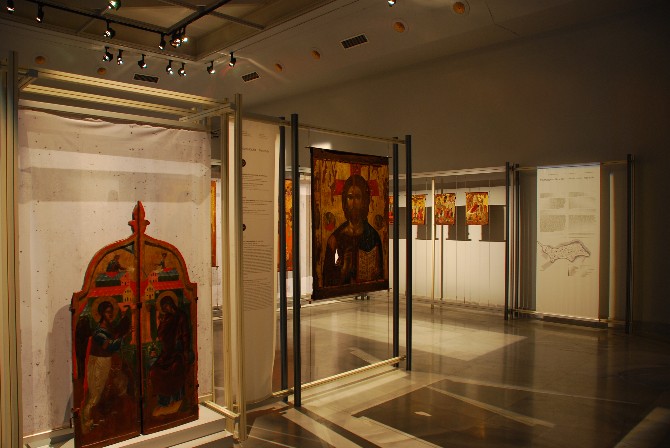 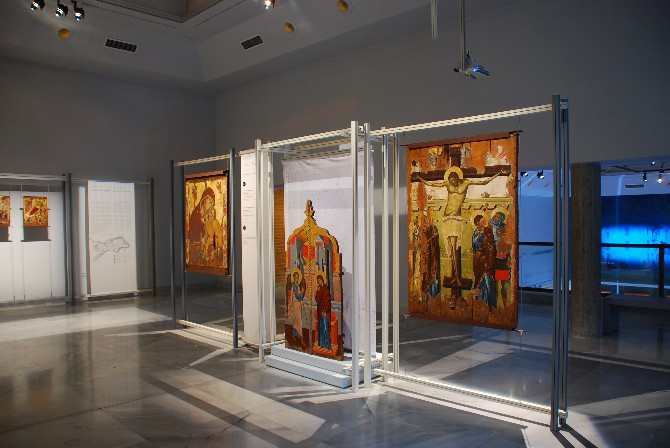 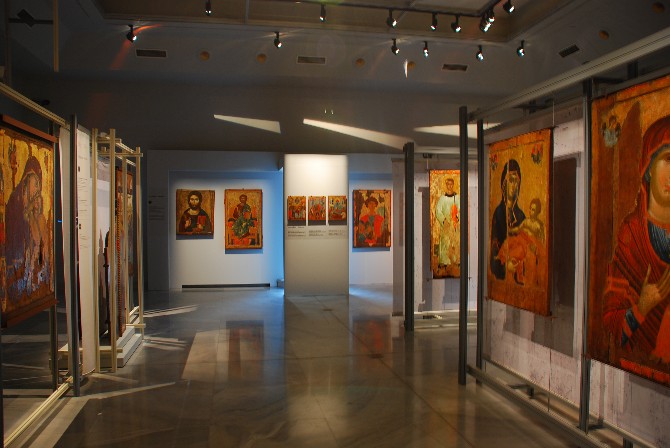 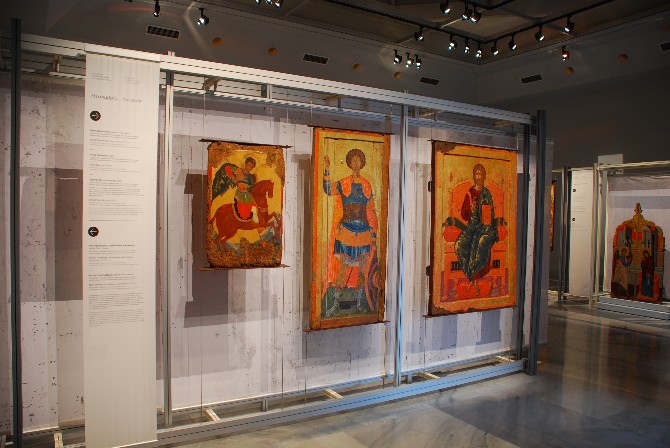 In conjunction with the National Art Gallery of Sofia, responsible for the Museum of Icons of the Crypt in the church of Alexander Niefski, in 2006  EKBMM and MBP signed  a co-operation agreement for the conservation and exhibition of fifty four (54) icons from the cities Nessebar, Sozopol, Ahtopol, Varna and Burgas on the bulgarian coast of the Black Sea.

n the first phase of the project, in 2007 , 12 Byzantine icons were transported from Sofia to the laboratories of the Museum of Byzantine Culture. The icons underwent a complete diagnostic examination, with non destructive methods, for 3 months. In the work participated trainee and professional Bulgarian conservators. The conservation of the icons continued in the National Art Gallery of Sofia funded by the A.G. Levendis Foundation.

The 52 icons presented in this exhibition with the exhibition of the icons in the Museum of Byzantine Culture, which was inaugurated in November 26, 2011 and ended in March 4, 2012.

The icons originate from Varna, Nesebar, Sozopol, Ahtopol and Tsarevo on the bulgarian coast of the Black Sea, and also from the mountainous village Brashlyan, on Aimos (Strantza). They are ancient cities, founded by the Ions in 7th century BC, except from the Doric-founded Messemvria (Nessebar), founded one century later. The culture of the peoples around the Black Sea was formed after the decisive influence of the ancient Greek and the byzantine culture, with the christenization of the slavic peoples and the creation of the cyrillic alphabet.